Trans OCD, or gender identity disorder with OCD symptoms, is a condition that can be very difficult to deal with. For those who suffer from it, the intrusive thoughts and doubts about their gender identity can be overwhelming and completely consume their lives. In this blog post, we will discuss the symptoms of trans-OCD as well as some of the available treatment options.

What Is Trans OCD? 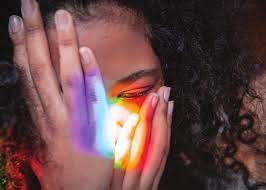 Trans OCD is described as a subtype of OCD in which individual experiences intrusive, unwanted thoughts and fears related to their gender identity. For example, a transgender person with Trans OCD may obsessively worry that they are “really” the opposite gender, or that they will never be able to pass as their preferred gender.

These individuals often engage in compulsive behaviors such as checking their appearance in mirrors or excessively researching transgender transitioning procedures in an attempt to “fix” themselves. As with other types of OCD, the goal of treatment is to help the individual learn to manage their obsessions and compulsions more healthily.

According to studies, trans-OCD is thought to affect around 0.75% of the transgender population. However, this number may be higher as many people with Trans OCD do not seek treatment due to shame or fear. If you think you may have Trans OCD, it is important to seek professional help. Because you might be feeling a lot of distress, seeking treatment as soon as possible is important.

Also, despite their attempts to gain certainty and control over their bodies and gender identity, people with Trans OCD often find that their compulsions only serve to increase their anxiety and feelings of hopelessness. As a result, many individuals with this condition end up feeling trapped in a never-ending cycle of obsessions and compulsions.

How To Recognize It?

It might be hard to tell whether you have trans OCD because some transgender people might feel anxious or uncomfortable about their gender identity without having OCD. However, some symptoms may help you figure out if you have trans OCD:

These thoughts can make it hard to function in your day-to-day life. Also, the symptoms of trans-OCD might vary depending on the person. If you think you might have trans OCD, it is important to seek professional help. A therapist who is experienced in treating OCD can help you manage your symptoms and reduce your anxiety.

How Trans OCD Is Different From Gender Dysphoria? 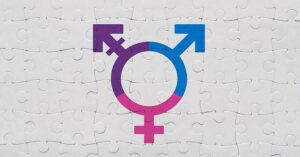 This might be confusing because both conditions involve anxiety or discomfort about gender identity. However, there are some key ways that trans OCD is different from gender dysphoria:

With trans-OCD, the main focus of the obsessions is on questioning whether you are truly transgender. On the other hand, with gender dysphoria, the main focus is on dissatisfaction with your assigned gender.

People with trans-OCD might try to avoid anything that could trigger their obsessions, such as social interactions or media that portrays transgender people. People with gender dysphoria, on the other hand, are more likely to seek out information about their preferred gender identity.

Trans-OCD is classified as an anxiety disorder, while gender dysphoria is classified as a condition related to sexual and gender identity. People with trans-OCD might obsessively compare themselves to others in the transgender community. People with gender dysphoria are more likely to compare themselves to people who are not transgender.

The triggers are actually those that would set off anyone’s OCD. It is the content of the obsession that is different for people with trans-OCD. Studies have also found that trans-OCD is not caused by a single event, but is the result of a combination of genetic and environmental factors.

How Does It Impact Life? 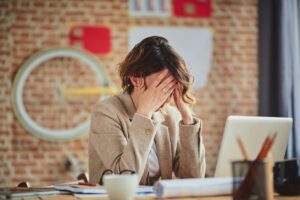 This is often where things start to get really tough for people with trans-OCD. The obsessions and compulsions can start to take over every aspect of their lives. They may become consumed with thoughts about their appearance and how they are perceived by others. This can lead to several negative impacts in life. Some of these include:

When someone has trans-OCD, they may start to avoid social situations and interactions. This is because they are worried about how they will be perceived by others. They may also avoid certain activities or places where they think people might stare at them. For example, they may avoid going to the gym or swimming in public.

This is one of the most difficult things about trans OCD. As this makes people more likely to doubt their gender identity, it can be hard for people with this disorder to socialize and connect with others. This may lead to feelings of isolation and loneliness.

When you are worried or excessively stressed about something, it can be difficult to focus on anything else. This may lead to feeling depressed. For people with trans-OCD, anxiety and depression often go hand-in-hand. The reason for this is that individuals with trans-OCD are constantly doubting their identity and feeling like they do not fit in with the world around them.

It is one of the most debilitating types of OCD, as it can cause significant problems in a person’s ability to function at work, school, or in their personal relationships. And these are all important areas of life that can suffer when OCD is left untreated. For example, a person with trans-OCD may have difficulty maintaining employment due to their fear of being outed as transgender.

They may also have problems in school due to performance anxiety or avoidance of bathrooms and locker rooms. And, personal relationships can be strained by the constant need for reassurance from loved ones about one’s gender identity.

So these are some of the negative consequences that one person may have if they suffer from trans-OCD. But, there is hope! There are treatment options available that can help lessen the symptoms of this disorder and improve one’s quality of life. 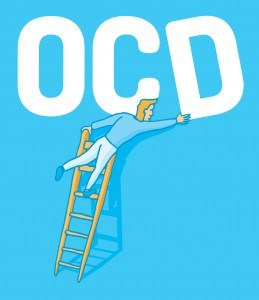 But here are a few ways you can get help if you think you might be struggling with this condition:

If you’re feeling lost, confused, or scared about your gender identity, seeking professional help can be incredibly beneficial. A therapist can provide support and guidance as you work through your feelings and figure out what is best for you. There are various ways you can find a therapist, such as searching online directories or asking your doctor for recommendations. You will be amazed to see how much a therapist can help you!

One of the best things you can do for yourself if you’re struggling with trans-OCD is to educate yourself about gender identity. Read books, and articles, and watch videos that discuss different aspects of gender identity. This can help you better understand your own feelings and experiences. For example, when you realize that your feelings are normal, you may feel more comfortable in your own skin.

There are likely other people in your life who are struggling with similar issues. Talking to them can be incredibly helpful. It can help you feel less alone and may even give you some great ideas for how to cope with your condition. You can find support groups online or in your community. Or, you may even be able to find a therapist who specializes in treating trans-OCD.

If you have trans-OCD, you may spend a lot of time questioning your gender identity. You may feel like you can’t trust yourself to know who you are. One way to challenge these beliefs is to ask yourself why you feel this way. What evidence do you have that you’re not the gender you identify as? Moreover, can you think of any evidence that contradicts your beliefs? 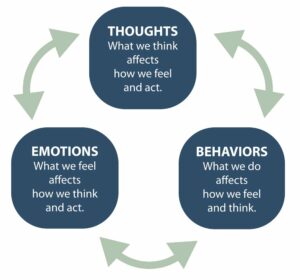 ERP is described as a “mental health treatment that focuses on helping people who experience obsessions or compulsions.” In order to treat Trans OCD, ERP may be recommended to help an individual learn how to manage their anxiety and respond to their obsessions in a more healthy way. For example, a person with Trans OCD may be asked to deliberately expose themselves to the things they are afraid of and refrain from performing their compulsions.

These are some of the basics of ERP, but it’s important to speak with a mental health professional to see if this treatment is right for you. Overall, these tips will help you if you’re struggling with Trans OCD. Remember, you’re not alone in this and there is help available. If you think you may suffer from this, please reach out to a mental health professional for help.

To conclude, trans-OCD is a serious and potentially debilitating condition that can impact many aspects of a person’s life. But also people should understand that it is possible to get better with treatment. In fact, studies have shown that people with trans-OCD can improve significantly with the right kind of treatment.

So, if you or someone you know is struggling with this condition, please don’t hesitate to reach out for help. There are many resources available and treatment can be very effective. You will definitely find hope and help on the other side.

You can also contact Therapy Mantra for more information and resources. We have a team of professional therapists who can provide you with the support and guidance you need to recover from this condition. Contact us today to learn more about our services. You can also book an online therapy or download our free OCD treatment app on Android or iOS.