Negative attitudes can be destructive and demoralizing. They manifest in our daily life happenings to sap our energy and make us feel bad about ourselves. Not only that, but they also hurt our interactions with others. In this blog post, we will discuss what is a negative attitude, its types, and examples, as well as how to overcome them.

What Is Negative Attitude? 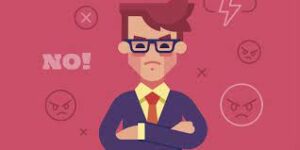 Negative attitude is a general term that refers to a constellation of thoughts, feelings, and behaviors that are harmful and destructive. These attitudes develop over time due to a variety of reasons such as past trauma, betrayal, negative experiences, etc., and tend to stay in an individual’s mind for a long time. This can also result in a lot of disturbances which can have severe effects on someone’s present life. People with overly negative attitudes are commonly referred to as ‘pessimists’.

Negative attitudes are present in very intangible yet evident ways of behavior. Some commonly noted behaviors are commonly known as

involves talking to oneself in a destructive and harmful way. This can also involve making negative statements and harsh self-criticism.

is a behavior where someone tries to harm someone else by being indirect and passive.

is a type of emotion that can be very destructive. When someone is angry, they often feel out of control and like they need to lash out at someone or something.

is a feeling of anger or bitterness directed at someone who has harmed us, wronged us, or treated us unfairly. Resentment can lead to hostility and aggression, as well as feelings of envy and entitlement.

is an intense dislike or cold-heartedness for someone. It can moreover manifest as verbal abuse, physical violence, or even murder.

is a deep-seated resentment that leads to negative thoughts and feelings about the person or event that caused it. Bitterness can also make it difficult to have positive relationships with others.

is a belief that people are inherently selfish and dishonest. Cynical people also tend to be distrustful and pessimistic about the world around them.

from others is when we isolate ourselves from the people around us. This can be done physically, by withdrawing from social activities, or emotionally, by shutting down our feelings and moreover refusing to communicate with others.

is when we feel like it’s always someone else’s fault. We never take responsibility for our actions, and moreover, always look for someone to blame.

is when we question everything and don’t believe anything without proof. Skeptical people are also very critical and cynical about the world around them.

is when we feel like we can’t do anything to change our situation. This further leads to a feeling of victimization and helplessness. 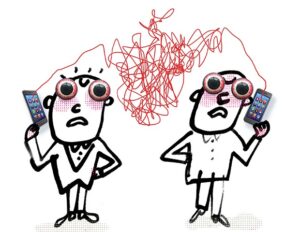 Let’s take a look at some examples and how these attitudes manifest themselves in our daily life events. These can be observed in instances such as: 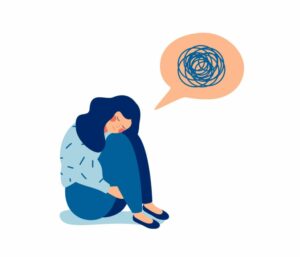 Now that we know what a negative attitude is and how it can manifest itself, let’s take a look at the effects it has on our lives.

There are a lot of things that you can do to overcome negative attitudes. These include:

Negative attitudes can be very destructive and harmful. They can lead to anger, resentment, violence, as well as social isolation. However, they can also be overcome with some effort. By recognizing the different types of negative attitudes, you can moreover start to challenge and replace the thoughts and feelings that contribute to them. In addition, exercise, positive social interaction, and skepticism can help to keep negative attitudes at bay.