PCOS and ADHD are two conditions that are often mistaken for one another. However, there is a clear connection between the two disorders. In this blog post, we will discuss the link between PCOS and ADHD, as well as some of the common symptoms of both disorders. If you think that you or someone you know may be suffering from PCOS and ADHD, it is important to seek medical attention. 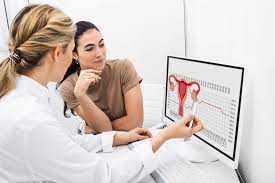 PCOS and ADHD are two conditions that are often overlooked and misunderstood. Despite their prevalence in the population, these two disorders tend to go undiagnosed and untreated for far too long.

At the root of PCOS and ADHD is a common underlying factor: hormonal imbalance. Both PCOS and ADHD can be traced back to imbalances in certain hormones, particularly estrogen and dopamine. These imbalances affect the brain’s chemistry, leading to symptoms like hyperactivity, impulsivity, inattentiveness, and more.

Can PCOs Cause ADHD?

Many experts believe that there is a strong connection between PCOS and ADHD. Studies have shown that women with PCOS are more likely to be diagnosed with ADHD than those without it, leading many researchers to believe that there may be an underlying link between the two conditions.

One possible explanation for this link is hormonal imbalance. Some research has found that women with PCOS have lower levels of certain hormones, such as serotonin and dopamine, which are known to play a role in ADHD.

Another possible explanation is inflammation. Studies have shown that chronic inflammation can lead to changes in the brain that may be associated with ADHD symptoms. For this reason, some experts believe that PCOS may trigger inflammation in the brain, resulting in ADHD-like symptoms.

Whatever the underlying mechanism may be, it is clear that there is a strong link between PCOS and ADHD. If you are struggling with ADHD or suspect that you may have PCOS, it is important to seek out professional help as soon as possible.

PCOS and ADHD are both conditions that can be difficult to diagnose, due to the often subtle nature of their symptoms. However, some certain telltale signs and symptoms may indicate a connection between these two conditions.

Some common signs of PCOS and ADHD are as follows

If you are experiencing any of these symptoms consistently over several weeks or months, it is important to talk to your doctor about getting tested for PCOS and ADHD. While these conditions can be challenging to deal with.

There is a strong link between PCOS and ADHD, as both conditions are characterized by hormonal imbalances and issues with brain function. Some of the most common risk factors for these conditions are. It will include:

Many studies have shown that there is a link between heredity and ADHD, as people with close family members who have the condition are much more likely to develop it themselves.

Both PCOS and ADHD are associated with hormonal imbalances in the body, which can negatively impact brain function and contribute to symptoms like hyperactivity and difficulty focusing.

High levels of stress can also be a major contributing factor to both PCOS and ADHD, as the constant demands on the body from chronic stress can lead to imbalances in hormones and neurotransmitters that are involved in regulating brain function.

One of the main reasons why women with PCOS are at a higher risk of developing ADHD is that many of them have poor diets that are high in processed foods and refined sugars. These types of foods can wreak havoc on your brain health, leading to symptoms like difficulty concentrating, memory problems, and restlessness.

One of the primary connections between PCOS and ADHD is that both conditions are often associated with a lack of exercise. People with PCOS tend to be more sedentary due to the symptoms of their condition, such as weight gain, fatigue, and mood changes. Similarly, people with ADHD may struggle to stay active due to their tendency towards impulsivity and hyperactivity.

Another key link between PCOS and ADHD is the role that neurological factors play in both conditions. Research has shown that certain patterns of brain activity are common among both PCOS and ADHD, suggesting that these conditions may have some similar underlying mechanisms.

One of the key factors that have been linked to both of them is exposure to environmental toxins. These toxic substances can disrupt hormonal balance in the body, causing a range of symptoms, such as infertility and hyperactivity.

Moreover, research has shown that people with PCOS or ADHD also tend to have higher levels of heavy metals in their bodies, such as lead and mercury. These toxic substances can interfere with brain function, causing cognitive impairment and contributing to symptoms of ADHD.

Another potential cause is a deficiency in certain essential nutrients. Studies have shown that women with PCOS tend to be deficient in key vitamins and minerals like vitamin D, magnesium, and zinc.

Similarly, people with ADHD are often deficient in omega fatty acids, which are critical for brain function and development. Therefore, ensuring that you get adequate amounts of these nutrients through your diet or supplementation can help to prevent or manage both PCOS and ADHD symptoms.

Exposure to certain chemicals or medications

Many scientists believe that there is a connection between both these disorders, as both conditions seem to be caused by exposure to certain chemicals or medications. For example, hormone disruptors like Bisphenol A (BPA) have been linked to increased risk of both polycystic ovary syndrome and attention deficit hyperactivity disorder.

So these are risk factors that can increase the likelihood of developing these disorders. 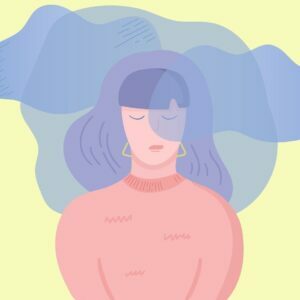 There is various treatment option. It includes:

Some people with PCOS may find that taking certain medications can help to manage their symptoms and improve their overall quality of life. These medications may include birth control pills, anti-androgen drugs, or even insulin sensitizers.

Making changes to your diet and exercise routine can also be effective in managing PCOS and its associated symptoms. This may include

Some people with PCOS also turn to alternative therapies like acupuncture or herbal remedies to help manage their symptoms. These approaches can be particularly helpful if you are looking for additional support beyond what medication can offer.

Overall, many different treatment options can help to manage the symptoms of PCOS and improve the overall quality of life for those who suffer from this condition. If you think you may be dealing with PCOS, it is important to seek medical attention right away to get the support and care that you need. With the right treatment plan, you can manage your PCOS and feel better than ever!

So if you are dealing with PCOS, don’t despair – there are plenty of options available to help you manage your symptoms and feel better overall. Just work closely with your doctor to find the right treatment plan for you.

It may be concluded that PCOS and ADHD are inextricably linked and that there is a strong connection between these two conditions. This may be because both disorders are characterized by certain hormonal imbalances and disruptions, as well as genetic factors. PCOs will not cause ADHD, but women who have been diagnosed with PCOS may be at a higher risk for developing ADHD later in life.