Co-parenting is becoming more and more popular these days. But what is it, exactly? Co-parenting is when two parents who are no longer together share the responsibilities of parenting their child or children. This can be done in a number of ways, depending on the situation and the parents involved. In this blog post, we will discuss the benefits of co-parenting, how to do it successfully, and some of the challenges you may face along the way. 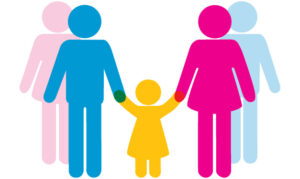 Co-parenting is when two parents who are no longer together share the responsibilities of parenting their child or children. This can be done in a number of ways, depending on the situation and the parents involved. For example, if one parent has sole custody while another has visitation rights only once per month. Then they would not need to co-parent in the same way as two parents who share 50/50 custody would.

Co-parenting is a term used to describe parenting arrangements where both parents are actively involved in raising their children together. Even though they might no longer be romantic partners or living under the same roof (or even country). It’s often done out of necessity when one parent has primary custody. But there are many other situations where this could work well too. Like being stationed overseas for military service or going back home after college graduation.

Co-parenting can be done by anyone who is interested in raising their child together with the other parent. Even though they’re no longer romantically involved (or living under the same roof).

There are many benefits to co-parenting, including:

When both parents are on the same page and working together towards a common goal. It sets a good example for their child. Children learn communication skills, conflict resolution strategies, and how to get along with others. When they see their parents working together in this type of arrangement.

Another benefit is consistency across both households which helps children feel safe and secure. Because there are predictable rules for behavior no matter where they go or who they’re with (at least when it comes to these two people).

Healthy Relationship With The Other Parent

Co-parenting allows children to maintain a healthy relationship with both parents even if they’re no longer together romantically or otherwise. This also helps them learn how important relationships are outside of just family members like friends, teachers, clergy members, etc.

Healthy Relationship with Both Parents

This is something that doesn’t always happen when one parent has full custody and the other only gets visitation rights once per month. Children need time to bond with both parents in order for them as individuals to develop properly emotionally, psychologically, intellectually, etc. So if they don’t get enough contact because their dad lives across town or works long hours then there’s going to be an imbalance in this area of development because only mom will have been taking care of them all along.

There are different ways that co-parenting can be done, depending on the situation and the parents involved. Here are three common types of co-parenting:

This is when both parents remain completely separate from each other after the split. They have no contact whatsoever and communicate only through their children. This type of co-parenting can be difficult because it’s hard to predict what the child will say or do when they’re with one parent and then the other. It can also be difficult for the child to keep up with two separate households.

This is when both parents share parenting responsibilities equally. They make decisions together, communicate directly with each other, and generally try to get along. This type of co-parenting can be difficult because it’s hard to agree on everything and sometimes one parent may feel like they’re doing more work than the other.

This is a newer form of co-parenting that has been growing in popularity lately. It’s when both parents work together to co-parent their child. They communicate directly with each other, make decisions together, and generally try to get along. This type of co-parenting can be very beneficial for the child because it allows them to have two healthy and positive relationships in their life. 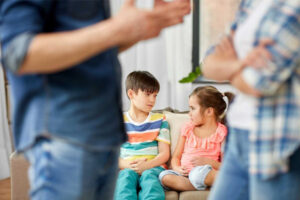 There are many different challenges that can arise when co-parenting. Here are some common ones you may encounter:

Making sure both parents’ schedules line up for things like doctor’s appointments, school events, extracurricular activities or anything else that involves the child takes a lot of work! It’s often hard to find a time that works for everyone.

If the parents are not getting along, it can be very difficult for the child to witness and can lead to a lot of stress and conflict in their life. It’s important that both parents try to get along as best they can for the sake of their child. If you’re struggling with this, consider joining a co-parenting support group or seeking counseling from an objective third party such as a therapist who specializes in family issues like divorce custody arrangements and parenting after divorce etcetera.

Sometimes one parent will want to make all the decisions about what happens in the child’s life. And this can cause tension between the parents. It’s important to come up with a system where both parents have an equal say in all decisions that affect the child.

If one parent is paying child support or alimony. It can be difficult for them to also pay for things like extra-curricular activities, school lunches, and supplies. It’s important that both parents work together to come up with a plan for how they will pay these expenses so no one feels left out of their child’s life because they can’t afford it.

Sharing Time With Your Child

It is often hard for parents who have split custody arrangements not to see their children as much as they would like. It’s important that both parents work together to create a schedule where each parent gets an equal amount of time with the child, or at least close enough so no one feels left out or cheated on how much time they spend with their little ones!

Co-parenting can be a great way for both parents to remain active in their child’s life. But it also has its drawbacks.

How To Do Co-Parenting Successfully?

There’s no one answer to this question. Since every family is different and will have its own set of challenges and needs. However, there are some general rules that most people find helpful when trying to figure out what works best for them. 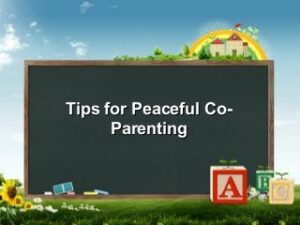 There are many different ways to co-parent successfully with your ex. Here are some tips and tricks that may help you along the way:

Find A Schedule That Works For You Both

The first thing you need is time management. Because both parents have different jobs and schedules so it’s important not to expect too much from each other at once. Especially if there are children involved who might need extra attention during certain periods of their lives.

It can be difficult finding an arrangement where both parents get enough time with their children. Without having too much conflict between them. Some ideas for schedules include alternating weeks between parents’ homes, one week on and one week off at each home. Or even just keeping it simple with every other weekend spent at mom’s house. While dad stays home during those days (and vice versa). You might also consider having partial custody arrangements. Where each parent gets certain days of the week to take care of their child while they’re at work or school.

Communicate With Each Other About Any Changes

It is important that both parents communicate with each other about any changes in their child’s life. This includes things like doctor appointments, school events, and extracurricular activities so everyone knows what is going on at all times and can be as involved in their child’s life as possible.

In order for co-parenting to work well, there needs to be a shared commitment between both parties involved. Even if they’re not romantically partners anymore (or living under the same roof). It’s often necessary when one parent has primary custody but there are many situations where this might work well too. Like being stationed overseas for military service or going back home after college graduation.

Keep Your Child Out Of Conflicts

It’s important not to let your ex get caught up in emotions when they’re talking about the other parent or putting them down in any way, shape form because children are very sensitive creatures who pick up on everything that happens around them. If you’re having problems with your co-parenting situation, try talking to a professional counselor who deals specifically with these issues so they can help you work through any issues before things escalate into something more serious.”’