Marijuana, also known as weed, is a drug that comes from the cannabis plant. It is used for both recreational and medicinal purposes. Weed can be smoked, eaten, or vaporized. There is a lot of debate surrounding the use of weed, particularly when it comes to mental health. Some people believe that weed can help relieve symptoms of anxiety and depression, while others believe that it can worsen these conditions. In this blog post, we will discuss how weed affects OCD and the potential side effects of using it. We will also explore treatment options for both OCD and weed addiction.

Obsessive-compulsive disorder (OCD) is a mental health condition that causes obsessions and compulsions. These obsessions are unwanted, repetitive, irrational, and trigger anxiety. It results in the execution of some compelling actions. Obsessions are recurrent and persistent thoughts, urges, or images that are intrusive and cause distress. Compulsions are repetitive behaviors or mental acts that a person feels compelled to do to ease their anxiety or distress. OCD can be debilitating and interfere with a person’s ability to function in their daily life.

How Does Weed Affect OCD? There is some evidence that suggests that weed can help to relieve the symptoms of OCD. One study found that CBD, a compound found in cannabis, was effective in reducing anxiety levels in people with OCD. It can help soothe the intrusive images and irritating obsessional thoughts that come up in your mind.

In a study carried out, within four hours of smoking cannabis, people with obsessive-compulsive disorder (OCD) reported that the severity of their symptoms had decreased by half. Users with OCD who used cannabis reported a 60% decrease in compulsions, intrusions, or unwanted ideas; and a 49% reduction in anxiety. However, more study is needed to validate these findings.

Weed affects everyone differently, but for people with OCD, it can magnify their symptoms. That’s because THC, the main psychoactive ingredient in cannabis, interacts with the brain’s serotonin receptors. Serotonin is a neurotransmitter that plays a role in mood, anxiety, and sleep. In people with OCD, the serotonin system is already out of balance. So when THC disrupts it even further, it can trigger or worsen OCD symptoms.

It is no secret that many people with OCD turn to weed to self-medicate. After all, it is one of the most commonly used illicit substances in the world. And for some people with OCD, it can provide temporary relief from their symptoms. But what most people don’t realize is that weed can make OCD worse. It can even cause OCD in people who are predisposed to the disorder.

So if you have OCD, it’s best to avoid smoking weed. If you do smoke weed, it’s important to be aware of the potential risks and be sure to monitor your symptoms closely. And if you’re considering using weed to self-medicate, it’s important to talk to a mental health professional first. They can help you weigh the risks and benefits and make an informed decision.

Consuming weed can impact health in the following ways:-

Inhaling weed smoke can also irritate the lungs and cause coughing. People who smoke weed regularly may have a higher risk of developing mental health conditions such as psychosis and schizophrenia.

These consequences prove to be harmful to every aspect of an individual’s life. Be it relationships, occupation, sexual relationships, parenting, and development of a child during pregnancy, weed deteriorates the conditions of the smoker, especially if the smoker has Obsessive Compulsive Disorder. It triggers irrational unwanted thoughts and actions hence worsening the condition of OCD. Therefore, it is best to stay away from weed if you are struggling with OCD. If you can’t seem to quit, consider seeking professional help.

If you are trying to reduce weed usage, you can follow these points:-

If you’re addicted to weed, there are several treatment options available. Treatment typically begins with detox, which is when you stop using the drug and allow your body to rid itself of the toxins it’s accumulated. This can be done on your own or with the help of a medical professional. After detox, you may enter into a treatment program, which can vary in length and intensity. Treatment typically includes counseling, group therapy, and 12-step programs.

However, some people may benefit from taking medications to ease withdrawal symptoms or treat underlying mental health conditions such as anxiety or depression. If you or someone you know is struggling with OCD or weed addiction, there are treatment options available. Speak with a mental health professional to find the best treatment plan for you. 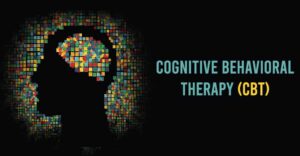 There are a variety of effective treatment options for OCD, including:

CBT is a type of therapy that helps people change their thoughts and behaviors. It is an effective treatment for OCD.

a) Recognition of inaccurate thinking

b) New ways of dealing with the thoughts

e) Re-evaluation of thoughts about the feared situation

ERP is a type of CBT that involves exposing yourself to your fears and learning how to resist the urge to perform compulsions. It is a method, the therapists usually encourage the patients to identify you to deal with their thoughts and help them to deal with them. Thus ERP helps you in dealing with OCD in the longer run.

Medication can help in treating the symptoms of OCD. Psychiatrists prescribe eclectic medications including antidepressants, anti-anxiety medications, and antipsychotics. Initially, SSIs are prescribed like Zoloft, Prozac, and Paxil.

Several self-care strategies can help people with OCD manage their symptoms. These include exercise, relaxation techniques, and journaling. Meditation can help in OCD, as it helps to focus on the present moment and let go of intrusive thoughts. Since it soothes the feelings of anxiousness, fear, and discontentment, you can be relieved from OCD.

If you think you might have OCD, it’s important to talk to a mental health professional. They can help you get an accurate diagnosis and develop a treatment plan that’s right for you.

Manage OCD in a Healthy Way

There are a few things that you can do to help control your OCD:

What sets off your OCD? Once you identify your triggers, avoid or prepare to face them. Make a list of your triggers and make sure to avoid them. Alcohol and drugs act as triggers that can make OCD symptoms worse. Thus dodging them can be a good way to start.

When you have an OCD thought, try to question it. Why are you thinking this? Is there another explanation? For example, just because you have thought about symmetrically keeping your books doesn’t mean you will do it. You shall counter that thought with questions like What is the need for doing this?

You need to accept that you are eating with OCD which is a medical condition and there is no need t run from it. It has become a common condition among people and constant efforts of therapy and medication can help in the alleviation of the condition. You need to calm yourself and lay emphasis on the long-term targets of battling OCD. The treatment usually lasts for a long duration and it can take time for the alleviation  OCD.

Weed and OCD don’t mix. If you have OCD, it’s important to avoid weed. Weed can be a factor in your deteriorating state of OCD. The treatments may become less efficient if you continue using weed during the period of your treatment.

There are many ways to treat OCD but the most efficient method recognized is CBT (Cognitive Behavioral Therapy). This is a talking therapy that can engage the person with OCD in activities to challenge their obsessive thoughts and compulsive behaviors.

Treatment for weed addiction typically includes counseling and behavioral therapies. These treatments can help a person stop using weed, cope with withdrawal symptoms, and avoid relapse. Medications are not typically used to treat weed addiction. If you’re addicted to weed, there are several treatment options available.

To seek our professional help, you can book an affordable online therapy with us or download our free Android or iOS app.