Psychosurgery, also known as neurosurgery for mental disorders or leucotomy, is a surgical procedure in which the connections between the brain and certain areas of the nervous system are severed. The most common form of psychosurgery is a prefrontal lobotomy, which was first performed in 1935. In this article, we will discuss what it is and how psychosurgery for OCD works. Also, we will provide the information about the limitations and people who should avoid this surgery. Keep reading on! 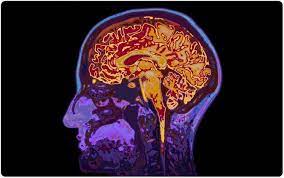 Psychosurgery is a type of surgery that is used to treat mental disorders. The most common type of psychosurgery is a lobotomy, which involves cutting the connections between the frontal lobe and the rest of the brain.

Lobotomy is a surgical procedure that involves cutting the connection between the prefrontal cortex and the rest of the brain. Formerly used to treat mental illnesses like schizophrenia and bipolar disorder, this procedure is now rarely performed because it is viewed as being both too risky and ineffective.

Psychosurgery is a controversial treatment because it is irreversible and can have serious side effects, including memory loss, personality changes, and paralysis. Some people believe that psychosurgery should only be used as a last resort when all other treatment options have failed. If your condition is serious please contact a professional and get help finding the right treatment for you as per your condition.

When all other options have failed to treat a patient’s mental illness, psychosurgery is typically the last resort. Because it is thought to be permanent and there is a possibility of major adverse effects, including memory loss, personality problems, and seizures, it is a very contentious therapeutic option.

Surgical Definition of OCD Psychosurgery: a surgical operation for the treatment of mental disorders, usually performed in the prefrontal areas to destroy or sever certain nerve tracts. Psychosurgery is a controversial treatment with a long and checkered history. It has been used to control patients with chronic mental illness and also to treat some forms of mental retardation and epilepsy.

How Psychosurgery can help with OCD 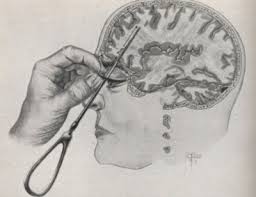 Psychosurgery is a controversial treatment option for patients with severe OCD that has not responded to other forms of treatment. This type of surgery involves making incisions in the brain to remove areas that are thought to be causing the OCD symptoms.

It works by targeting and destroying specific areas of the brain that are thought to be involved in OCD. This usually involves cutting or burning away a small section of the frontal lobe, which is the part of the brain responsible for controlling our thoughts and emotions. The goal of psychosurgery is to reduce or eliminate the symptoms of OCD by disrupting the circuits in the brain.

The most commonly targeted brain structure for psychosurgery is the caudate nucleus, which is located near the base of the brain. The caudate appears to play an important role in depressive behavior and compulsions, including OCD symptoms. In a typical procedure, doctors will insert thin wires or electrodes through small holes in the skull.

It is important to note that psychosurgery is a very serious procedure and should only be considered as a last resort after all other treatment options have failed. It is also important to speak to a qualified mental health professional before making any decisions about this type of surgery.

Psychosurgery is not yet a widely available treatment option for OCD, but it is something that may be worth considering if all other treatments have failed. If you are considering this option, be sure to speak to a qualified mental health professional first.

Side Effects Of Psychosurgery

Psychosurgery is a controversial treatment for mental illness that involves surgically altering the brain. While it is considered to be the last resort treatment, there are potential side effects that should be considered before undergoing the procedure.

The most common side effect of psychosurgery is personality changes. The changes can range from mild to severe, and in some cases, patients may no longer be recognizable to their families and friends.

Other potential side effects include:

Because of the risks involved, psychosurgery should only be considered as a last resort when all other treatment options have failed. If you are considering the procedure. Be sure to discuss the potential risks and benefits with your doctor to make sure it is the right decision for you.

Limitations Of Psychosurgery And Ways To Avoid Them

OCD psychosurgery is used to treat mental illnesses. The term “lobotomy” refers to the most popular form of psychosurgery. Patients who have been given a diagnosis of schizophrenia or another mental disease typically undergo lobotomies. While psychosurgery can be effective in treating mental disorders, there are some risks and limitations associated with the procedure.

These risks and limitations include:

1. Psychosurgery can lead to other mental illnesses.
2. There is a risk of complications and side effects from the surgery itself.
3. Psychosurgery is not always effective in treating mental disorders.

There are ways to minimize the risks and limitations associated with psychosurgery. These include:

1. Carefully select treatments that are likely to benefit you from this procedure.
2. Choose someone who uses modern surgical techniques to minimize the risk of complications and side effects.
3. Conduct thorough pre-operative and post-operative evaluations to ensure that the procedure is effective.

Who Should Avoid Psychosurgery? 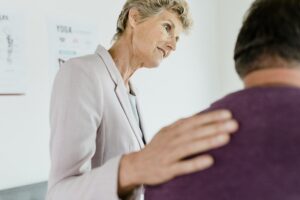 Psychosurgery is now subject to far stricter regulations than it ever was. It is only recommended after all other therapies have failed. There are some people who should avoid psychosurgery for OCD, such as those who:

Moreover, you should understand that this is not a perfect cure and that there are potential risks involved in any surgery. You should always speak with your doctor to see if this is the right treatment option for you.

How Effective Is Psychosurgery For OCD Currently?

Psychosurgery is a controversial topic, with some people arguing that it is an effective treatment for mental illness. And others claim that it is a barbaric practice that does more harm than good. So, what is the current state of psychosurgery, and how effective is it?

This involves cutting the connections between the frontal lobe and the rest of the brain. The technique was created in the early 1900s and was initially employed to treat a variety of mental illnesses. However, the procedure fell out of favor in the mid-20th century after it became clear that it often had serious side effects, such as personality changes and memory loss.

In recent years, there has been a resurgence of interest in psychosurgery. With some doctors claim that it can be an effective treatment for conditions like Obsessive Compulsive Disorder (OCD) and clinical depression. There is currently just a little amount of proof that psychosurgery is effective. However, some people do appear to benefit. So if you are looking for the right help for OCD, do not hesitate to reach out to a mental health professional. they can provide you with the right guidance.

Conclusively, psychosurgery for OCD is considered an effective treatment option for those who have not responded to other forms of treatment. Such as medication and cognitive-behavioral therapy. However, it is important to note that this is the last resort option. And should only be considered after all other options have been exhausted. If you or someone you know is struggling with OCD, please reach out to a mental health professional for help.

For more information and tips you can contact Therapy Mantra. Contact us today to learn more about our services. You can also book an online counseling and therapy session or download our free Android or iOS app.