Howard Hughes is one of the most fascinating figures in history. He was a brilliant entrepreneur, and he was also plagued by mental health issues. In this blog post, we will take a closer look at the mental health of Howard Hughes. We will explore his struggles with obsessive-compulsive disorder and depression, and we will also discuss how these conditions affected his life and work. If you are interested in learning more about Howard Hughes, then this blog post is for you!

Who Is Howard Hughes? 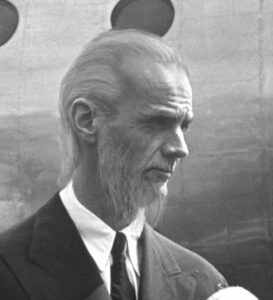 Howard Hughes was one of the most fascinating and complex figures of the 20th century. He was a businessman, inventor, filmmaker, philanthropist, and aviator, among many other things. But behind this incredible public persona lay a man who struggled with mental health issues throughout his life.

Although never formally diagnosed, there are many examples from Hughes’ life that suggest he battled Obsessive-Compulsive Disorder (OCD). His story is a prime example of how something so common and seemingly innocuous can be used as a weapon against someone when it deviates from what is considered “normal.”

Many have speculated about the true nature of Howard Hughes’ mental health. Some have suggested that he suffered from bipolar disorder or schizophrenia, while others believe that his issues were more closely related to obsessive-compulsive disorder or social anxiety. Whatever the case may be, it is clear that Hughes struggled with psychological challenges throughout much of his life, and this likely had a profound impact on both his professional and personal relationships.

What Are The Struggles He faced During His Life? 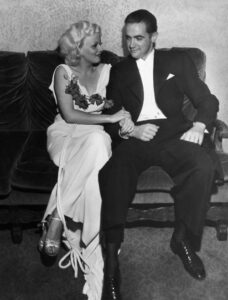 Despite his struggles, however, Howard Hughes managed to achieve incredible success in many different areas of his life. He founded several successful businesses and was a prolific inventor, coming up with groundbreaking innovations that continue to shape our world today. In addition, he pushed the boundaries of aviation by building and flying some of the most impressive aircraft ever created.

At the same time, though, it is important to remember that behind all of this incredible success and innovation lay a man who was deeply troubled on a personal level. While we may be tempted to dismiss his struggles as simply “part of who he was,” we must acknowledge their impact on his life and work.

According to reports, in his later years, he liked to spend time nude in bed in darkened hotel rooms believing it created a germ-free environment. To protect his feet, he allegedly wore tissue boxes as shoes and would burn to clothes if someone close by got sick.

He became so engrossed in his illness that he stopped cutting his nails, letting them grow to an unsightly length. When he died observers said they made him look like a malnourished prisoner of war.

In the two decades before his death, it’s been reported, but not confirmed, that Hughes’ addiction to codeine and reclusiveness was fueled by his consuming illness. 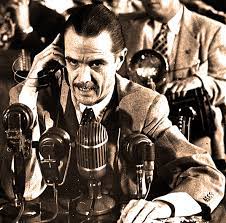 When we look at the life of Howard Hughes, it is clear that his mental health was deeply impacted by several factors.

Some of these included his childhood experiences, traumatic events in adulthood, and the intense pressure he faced as a successful entrepreneur and businessman.

Ever since he was young, Hughes’s mother instilled fear in him of catching germs and diseases. With polio being a major health threat during his childhood, she would check him for any signs of sickness every day. She would also be very careful about what food he ate and let him sleep in her room most nights. In adolescence, Hughes was paralyzed for several months and couldn’t walk; however, after a few months, the symptoms vanished without explanation from doctors. Fowler believe that his paralysis (which had no physical evidence) stemmed from psychological issues instead.

For instance, Hughes’s childhood was marked by tragedy and loss, His mother, Allene died in March 1922 from an ectopic pregnancy and his father died of a heart attack. Howard Hughes Sr. died of a heart attack in 1924. Their deaths inspired Hughes to include the establishment when he was just a young boy.

Hughes’s fear of germs led him to take greater precautions against them as he grew older, Fowler reports. For instance, he wrote a staff manual on how to open a can of peaches that included removing the label, scrubbing the can until it was bare metal, washing it again, and pouring the contents into a bowl without touching the can to the bowl.

This early trauma likely had a significant impact on his mental health later in life, leaving him more vulnerable to stress and anxiety.

Overall, the mental health of Howard Hughes was deeply impacted by a range of different factors- from childhood experiences to intense pressure as an adult entrepreneur and businessman.

However, a closer look reveals that there were many factors at play, including environmental and social pressures as well as genetic predispositions. Hughes was a very charismatic and ambitious man, and as such he faced a great deal of pressure from others to succeed in his various business ventures.

Furthermore, Hughes lived in an era where mental illness was highly stigmatized, which meant that he may have been reluctant to seek out help or treatment for his condition. He may also have felt immense shame and guilt about his illness, which may have contributed to the severity of his symptoms.

Perhaps most importantly, Howard’s mental health challenges came at a time when he was facing immense pressure to perform both professionally and personally. As the head of his own company, he had to balance the demands of his employees with his health and well-being.

Even instructs his employees which are as follows:

“There were times when he would be so engrossed in whatever he was doing that he would not speak for days”.

One of his former girlfriends said that Howard Hughes would often withdraw from people and into himself for days at a time. This is typical behavior for someone who suffers from depression.

After the XF-11 reconnaissance aircraft test flight failed, Hughes experienced significant business stress. The US Army then canceled its order for another one of Hughes’ projects, the H4- Hercules flying boat. However, despite this setback, Hughes took a chance and went through with developing experimental aircraft by mortgaging TWA assets.

How Does He Overcome With his Mental Health?

Howard Hughes is a well-known businessman, aviator, and film producer who struggled with mental health issues throughout his life. Despite facing countless challenges and obstacles in his personal and professional pursuits, he was able to overcome these difficulties through perseverance, determination, and hard work.

One of the most important things that helped Hughes succeed was his unwavering commitment to his goals. Even when things seemed difficult or impossible, he was able to push through and find ways to achieve what he set out to do.

Another key factor in Hughes’s success was his ability to stay focused on the present and not dwell on past mistakes or worries about the future. He knew that getting hung up on the past or worrying about what might happen in the future would only hold him back and keep him from reaching his full potential.

Ultimately, Hughes’s resilience, dedication, and ability to stay in the present are what allowed him to overcome all of his mental health challenges and become one of the most successful people in history.

This is especially true for individuals like Howard Hughes, who have struggled with mental health issues throughout their lives. Howard Hughes’s successful projects, like his film studios and aircraft manufacturing businesses, were all driven by his relentless passion for success.

He was known to be intensely paranoid, suspicious of other people’s motives, and prone to wild mood swings. His struggles with mental health issues took a major toll on both his personal and professional life, resulting in several hospitalizations and breakdowns over the years.

Despite all this, Hughes never gave up on his dreams, and he continued to pursue them relentlessly until his early death at the age of 70.

How Did He Inspire People?

Despite all of this, however, it is important to remember that Howard Hughes was so much more than the sum of his struggles. Through sheer force of will and determination, he was able to overcome many obstacles and become one of the most influential figures in modern history.

It may be concluded that Howard Hughes’s mental health was a major concern for him throughout his life. Despite his immense wealth and status, Hughes struggled with mental health issues that often left him feeling isolated and alone. He was plagued by obsessions and compulsions, as well as severe anxiety and depression. However, despite these challenges, he continued to persevere through them all, refusing to let his mental health issues define him or hold him back. Ultimately, this tenacity and resilience is what made Hughes such a successful businessman and innovator, and serves as an inspiration to us all.