Mirtazapine is a medication that is often prescribed to treat ADHD. It can be very effective in reducing some of the symptoms of ADHD, but there are also some drawbacks to using it. In this blog post, we will discuss the pros and cons of using mirtazapine for ADHD. 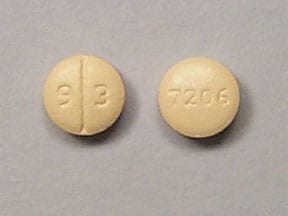 Mirtazapine is an atypical antidepressant that is sometimes used off-label to treat ADHD. Also, Mirtazapine has a strong affinity for the 5-HT2 and 5-HT3 receptors, which may account for its ability to improve symptoms of ADHD.

Mirtazapine was originally developed as an antidepressant and was approved by the FDA in 1996. It has since been used off-label to treat a variety of conditions, including anxiety, insomnia, post-traumatic stress disorder (PTSD), and now ADHD.

What Does The Research Say?

There is limited research on the use of mirtazapine for ADHD, but what is available suggests that it may be effective in treating some symptoms of ADHD.

A 2004 study found that mirtazapine was effective in reducing impulsivity, hyperactivity, and inattention in children and adolescents with ADHD. In this 8-week study, participants taking mirtazapine had significant improvements in these symptoms compared to those taking a placebo.

A 2006 open-label study looked at the use of mirtazapine in adults with ADHD. This study found that 61% of the participants had a significant reduction in ADHD symptoms after taking mirtazapine for 8 weeks.

A 2007 open-label study looked at the use of mirtazapine in children and adolescents with ADHD. This study found that mirtazapine was well tolerated and improved ADHD symptoms in most of the participants.

Dosage For Mirtazapine For ADHD

The dosage for mirtazapine for ADHD is not well-established. Anecdotally, some people with ADHD report benefits from taking mirtazapine at a lower dose than what is typically used to treat depression (15 mg to 30 mg).

The dosage of mirtazapine for ADHD also needs to be individualized. The starting dose is usually lower than the dose used to treat depression (15 mg to 30 mg). The dosage may be increased slowly over time as needed and tolerated.

The dosage of mirtazapine for ADHD should be tapered off gradually to avoid withdrawal symptoms.

Why Do People Use Mirtazapine For ADHD?

Mirtazapine is an antidepressant that’s often used off-label to treat ADHD. It can be helpful for people who have trouble focusing, are easily distracted, and have impulsive behavior. In one study, mirtazapine was more effective than placebo in reducing symptoms of both conditions.

Some other reasons why people use mirtazapine for ADHD include:

It’s less likely to cause side effects than other ADHD medications.

One of the most common side effects of mirtazapine is drowsiness, which can be beneficial for people with ADHD who have trouble sleeping.

Mirtazapine is less likely to be abused than other stimulant medications used to treat ADHD.

Mirtazapine is generally well-tolerated, but it’s important to be aware of the potential side effects, which include weight gain, dry mouth, and constipation.

It can be taken once a day, at bedtime.

What Are The Pros of Mirtazapine For ADHD? 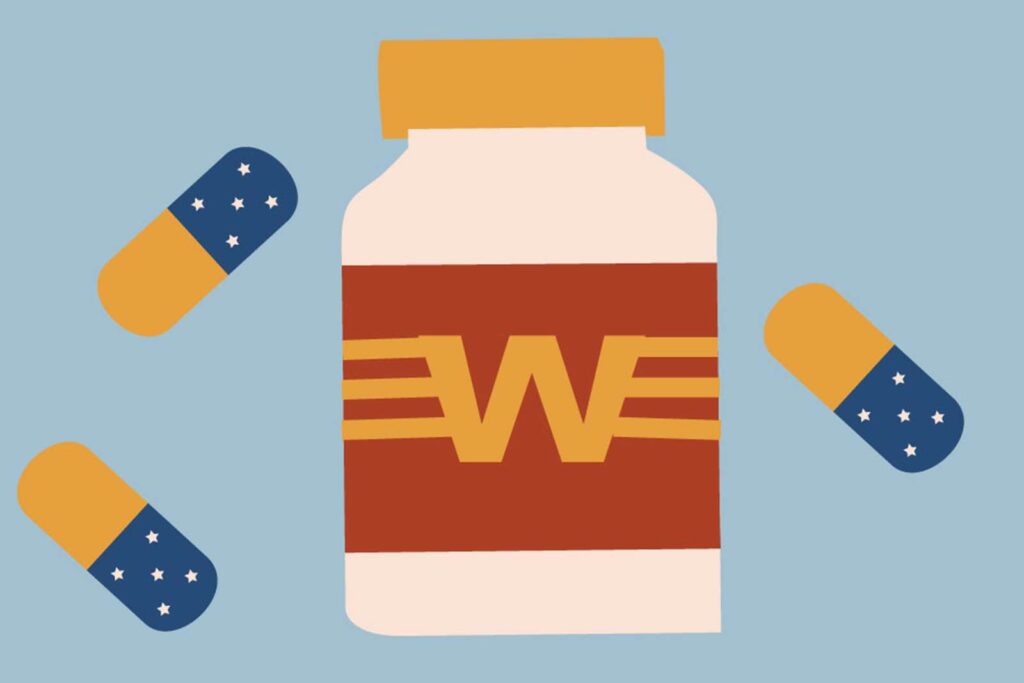 There are several potential benefits of using mirtazapine for ADHD, including:

Mirtazapine can help improve these symptoms. Focus and concentration may also improve as a result of the increased levels of norepinephrine and serotonin in the brain.

ADHD can cause low energy levels and fatigue. This medication can help increase energy levels, which can be beneficial for people with ADHD who have trouble completing tasks or keeping up with others. These energy levels are also a result of the increased levels of norepinephrine and serotonin in the brain.

Anxiety is a common comorbidity of ADHD, and this medication can help reduce anxiety symptoms. This is beneficial because anxiety can worsen ADHD symptoms and make them more difficult to manage. Also, these anxiety symptoms may improve as a result of the increased levels of norepinephrine and serotonin in the brain.

Impulsivity is another common symptom of ADHD. Also, like hyperactivity, it can lead to problems in school and with friends. This medication has been shown to help reduce impulsive behavior in people with ADHD.

A 2013 study looked at the effects of this medication on impulsivity in adults with ADHD. The study found that mirtazapine significantly reduced impulsivity compared to a placebo.

Anxiety and ADHD often go hand-in-hand. And, like anxiety, sleep problems are common in people with ADHD. Mirtazapine can help improve sleep patterns.

A 2006 study looked at the effects of this medication on sleep in adults with ADHD. The study found that mirtazapine improved sleep quality and reduced nighttime awakenings compared to a placebo.

Fewer Side Effects Than Stimulants

Stimulant medications are the most commonly prescribed treatment for ADHD. While they are generally effective, they can also cause some unwanted side effects, such as insomnia, loss of appetite, and irritability.

What Are The Cons of Mirtazapine For ADHD?

There are also some potential drawbacks to using mirtazapine for ADHD, including:

One of the most common side effects of mirtazapine is weight gain. This can be a problem for people who are already struggling with their weight or who have other health conditions that make weight gain a concern.

This medication can cause drowsiness, which can be beneficial for people with ADHD who have trouble sleeping. However, drowsiness can also be a problem during the day, especially if it interferes with work or school.

Mirtazapine can also cause dry mouth. This may not be a serious side effect, but it can be uncomfortable. And, if left untreated, dry mouth can lead to other dental problems. A dry mouth is also a common side effect of stimulant medications.

As with any medication, there are potential risks and side effects associated with this medication. Be sure to talk to your doctor about the pros and cons of this medication for ADHD before starting this or any other medication.

Tips For Taking Mirtazapine For ADHD 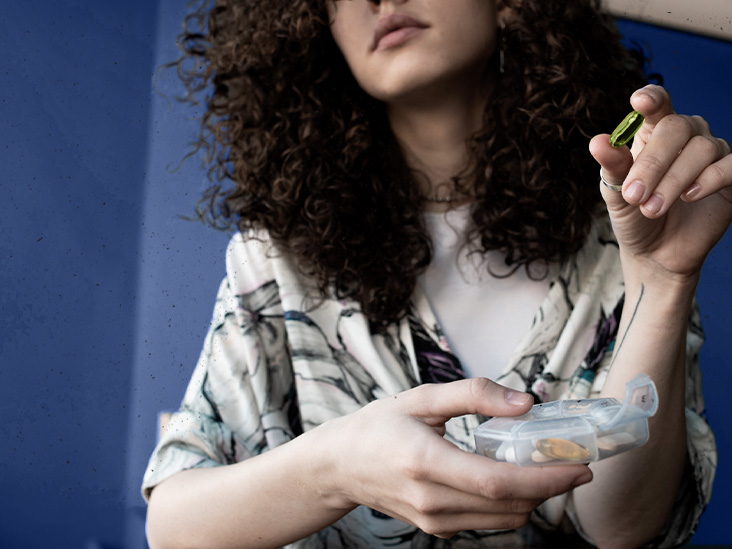 There are many tips to help make taking mirtazapine for ADHD a successful experience, including:

Take Mirtazapine At The Same Time

Taking mirtazapine with food may help to reduce some of the side effects, such as nausea and vomiting. Also, be sure to take mirtazapine at the same time each day to help keep a steady level of the medication in your system.

Start With A Low Dose

Mirtazapine is available in different strengths, so be sure to start with the lowest dose and increase as needed. This will help to reduce the risk of side effects. Also, be sure to take mirtazapine as prescribed by your doctor.

Do Not Miss A Dose

If you miss a dose of mirtazapine, be sure to take it as soon as possible. If it is almost time for your next dose, skip the missed dose and continue on your regular schedule. Do not take two doses of mirtazapine at the same time.

Be sure to monitor for any side effects when starting mirtazapine. If you experience any serious or bothersome side effects, be sure to talk to your doctor.

Stay In Touch With Your Doctor

Be sure to stay in touch with your doctor while taking mirtazapine for ADHD. This will help your doctor track your progress and make any necessary adjustments to your dose.

Mirtazapine has both pros and cons when it comes to treating ADHD. On the one hand, it can be very effective in reducing symptoms like hyperactivity and impulsivity. However, it can also cause side effects like weight gain and drowsiness. Therefore, it’s important to talk to your doctor about whether this medication is right for you.

Also, keep in mind that mirtazapine is not a cure for ADHD. It may help to improve symptoms, but it’s important to also focus on other treatment options, like therapy and lifestyle changes.