Mental health movies have become popular in recent years. They can be a great way to learn about mental health and to see how others cope with various challenges. In this blog post, we will explore what mental health movies are, how to use them, and the potential benefits and drawbacks. We will also hear from experts on the topic. 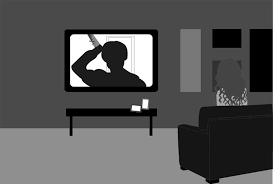 Mental health movies are films that explore topics related to mental illness, such as depression or bipolar disorder. They can be a great way to learn about mental health. As they can provide insight into the lives of others who are living with different challenges and offer a glimpse into how they cope.

They may also cover other issues like addiction and trauma. Movies can be a great way to learn about these conditions and see how others cope with them. Furthermore, these movies can also help break down stigma by showing real people dealing with real issues in a relatable way.

Stigma is the belief that people who have mental health or substance use disorders are somehow bad, weak, crazy, and should not be trusted. Because no one knows what might happen next if they were given a chance.

Against this backdrop, movies are a powerful way to break down stigma. Seeing real people living with mental health conditions and coping in a relatable way can help reduce the shame and isolation that often comes with having a mental health disorder.

When used thoughtfully, mental health movies can be a great resource for learning about mental health. They offer insight into the lives of others and can help break down stigma.

However, it is important to use mental health movies thoughtfully and with caution. It is not uncommon for movies to get some things wrong or misrepresent mental health conditions, which can lead to misinformation about the topic.

NOTE: Mental health is not something that can be cured, but it can be managed with proper treatment and support from loved ones. 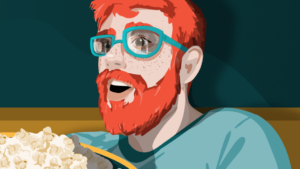 When exploring mental health movies, it’s important to be aware of your own biases and assumptions. Be open to learning about different perspectives and try not to judge characters or storylines harshly. Remember that these are fictional stories and may not reflect real-life accurately. Some top 12 recommendations are:

Perks Of Being A Wallflower

Based on the best-selling novel by Stephen Chbosky. This film follows a boy named Charlie (Logan Lerman) who struggles with depression and anxiety while trying to fit into high school life.

As he makes friends with two seniors (Emma Watson and Ezra Miller), they help Charlie deal with his mental health and navigate the challenges of high school.

The film has been praised for its accurate portrayal of mental health conditions, as well as its sensitive handling of difficult topics like suicide and sexual assault.

After being released from a psychiatric hospital, Pat (Bradley Cooper) moves in with his parents and tries to rebuild his life.

While struggling with bipolar disorder, Pat meets Tiffany (Jennifer Lawrence), a woman with her challenges.

The two eventually fall in love and help each other navigate their mental health conditions.

This film was praised for its accurate portrayal of bipolar disorder and won the Academy Award for Best Picture in 2013.

The Boy In The Striped Pajamas

This film tells the story of Bruno (Asa Butterfield), a young boy who lives in Nazi Germany with his parents. When Bruno’s father is promoted to commandant of Auschwitz, Bruno becomes curious about what is happening behind the gates of the concentration camp.

He befriends a young Jewish boy named Shmuel (Jack Scanlon) and helps him escape from the camp. This is an excellent film to watch if you’re interested in learning about what happened during World War II, but it may also be helpful for those who are dealing with trauma or PTSD themselves.

The film follows a family as they drive to California for their daughter Olive’s (Abigail Breslin) beauty pageant.

However, things don’t go according to plan when Olive’s grandfather (Alan Arkin) has a heart attack and dies in the middle of the road trip.

This movie is a great starting point for anyone interested in learning more about death and dying or dealing with their grief.

The movie was widely praised by critics, who called it one of the best films ever made.

Gilbert (Johnny Depp) is struggling to care for his younger brother Arnie (Leonardo DiCaprio), who has a mental disability. The two brothers live in a small town with their mother and grandmother, who are slowly dying from heart failure.

Gilbert feels trapped in the town but is unable to leave because of his family responsibilities. This movie is a great starting point for anyone interested in learning more about mental illnesses like autism spectrum disorder (ASD) or Down syndrome as well as dealing with grief and loss.

Requiem For A Dream

This movie is about four friends who are struggling with addiction. Sarah Goldfarb (Ellen Burstyn) has just been prescribed amphetamines by her doctor and started taking them to lose weight for a TV game show.

Harry (Jared Leto) and Marion Silverman (Jennifer Connelly) are a married couple who are addicted to heroin, and Tyrone (Marlon Wayans) is addicted to crack cocaine.

The film follows their individual stories as they spiral further and further into addiction. This movie is not for the faint of heart – it’s extremely graphic and disturbing. However, it is an excellent portrayal of addiction and the consequences of drug abuse.

This movie tells the story of three women – Virginia Woolf (Nicole Kidman), Clarissa Vaughan (Meryl Streep), and Laura Brown (Julianne Moore) – who are all struggling with their mental health in different ways.

Virginia is battling depression and anxiety, Clarissa is trying to cope with the death of her partner, and Laura is dealing with the guilt of a suicide attempt.

The film explores the different ways that these women try to cope with their mental health conditions. This movie is excellent for anyone who wants to learn more about depression, anxiety, and PTSD.

This movie is about a young woman named Sam (Anna Faris) who has bipolar disorder. She decides to move out on her own and takes a job as an administrative assistant at a psychiatric hospital.

The film follows Sam as she tries to balance her mental health with the demands of her new job and becomes friends with one of the patients at the hospital. This movie is a great starting point for anyone who wants to learn more about bipolar disorder or mental health in general.

The Edge of Seventeen

This movie is about Nadine (Hailee Steinfeld), a high school student who is struggling with the transition to adulthood. She’s always been close with her father. But her mother’s death has left her feeling lost and alone.

Nadine is also struggling with the fact that she doesn’t fit in with either the popular kids or the geeks at school. This movie is a great starting point for anyone who wants to learn more about teenage angst and identity crises.

The Theory of Everything

This movie is about a young man named Stephen Hawking (Eddie Redmayne), who was diagnosed with ALS at the age of 21. The film follows his journey to becoming one of the world’s most famous scientists and explores how he coped with his illness over time.

It also shows how he and his wife Jane Wilde (Felicity Jones) dealt with their marriage as it fell apart due to the strain of Stephen’s illness. This movie is a great starting point for anyone who wants to learn more about ALS or coping with an incurable disease.

This movie is about a young jazz drummer named Andrew (Miles Teller) who enrolls in a conservatory to study under the famous conductor Fletcher (J.K Simmons).

Andrew is determined to become one of the best drummers in history, but his teacher is extremely critical and abusive towards him.

This movie explores what it’s like to be both driven by and at the mercy of a demanding mentor. This movie is excellent for anyone who wants to learn more about the creative process or dealing with stress and anxiety.

This movie is about a young woman named Clarissa Vaughan (Meryl Streep). She is trying to cope with the death of her partner. She’s also struggling to balance her work life and personal life as she copes with his death.

Clarissa decides to throw a party for him. But it quickly becomes clear that she’s not the only one who is struggling to cope. This movie is excellent for anyone who wants to learn more about grief and loss.

Recommending One To Someone

If you’re trying to decide which mental health movies are right for you, the best thing to do is:

If you’re an introvert who doesn’t like talking about feelings, then movies are probably a good option. Because they allow you to watch someone else deal with them instead of having to talk through yours.

On the other hand, if you’re an extrovert who likes to talk about feelings, then movies might not be the best option for you. In that case, it might be better to find a support group or therapy session. As there you can talk about your mental health with other people.

No matter what your personality is like, there’s a mental health movie out there that can resonate with you. You just have to find the right one for you! 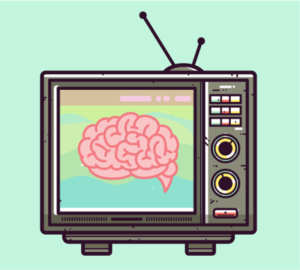 “Mental Health Movies can be a great way to learn about the topic of mental illness. But we need to use them carefully and thoughtfully. It is not uncommon for movies to get some things wrong or misrepresent mental health conditions. And it can lead to misinformation about the topic. When exploring these films, we must be aware of our own biases and assumptions.”

Mental health movies are a great way to learn more about mental illness. They can also be an insight for people who face similar challenges in their own lives. As they would get to know what it’s like living with an illness such as schizophrenia, bipolar disorder, depression. The next time you’re looking for something new to watch, consider giving a mental health movie a try! It would come as a surprise how much you learn.