There are many similarities between TBI and PTSD, as both involve a traumatic event. Both can lead to symptoms such as flashbacks, nightmares, anxiety, depression, and difficulty sleeping. However, there are also some important differences. It is important to note that both TBI and PTSD can be very debilitating disorders. If you or someone you know has experienced a traumatic event, it is important to seek professional help. In this article, we will learn more about the relationship between TBI and PTSD. 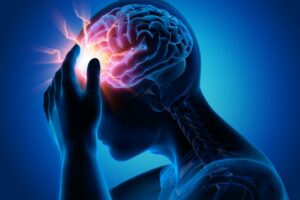 TBI, or traumatic brain injury, is a type of damage to the brain that can occur after a head injury.  TBI and PTSD share some symptoms, such as headaches, memory problems, and trouble sleeping. Treatment for both conditions often includes psychotherapy and medication.

TBI is one of the signature wounds of soldiers returning from war.

PTSD is a disorder that can develop after a person is exposed to a traumatic event. Symptoms of PTSD can include flashbacks, nightmares, anxiety, and depression.PTSD can occur at any age, but it is most common in adults. PTSD is more common in women than in men.

Relationship Between TBI and PTSD

Many studies suggest a strong relationship between TBI (traumatic brain injury) and PTSD (post-traumatic stress disorder). Many experts believe that TBI can increase the risk of developing PTSD.

One study found that nearly 50% of soldiers who had suffered a TBI also met the criteria for PTSD. Other studies have found similar results, with estimates ranging from 20-60%.

Experts believe that the link between TBI and PTSD is because both involve a disruption in the normal functioning of the brain. This can lead to symptoms such as memory problems, mood swings, and difficulty concentrating.

PTSD can also be triggered by events that may not seem threatening to others but can be re-experienced as traumatic for someone who has experienced a TBI. For example, a loud noise might trigger flashbacks or memories of the event that caused the TBI.

Are TBI And PTSD Connected?

There are several ways that TBI and PTSD can be connected. First, both disorders can share common risk factors, such as exposure to violence or being in a car accident. Second, TBI can increase the likelihood of developing PTSD, and PTSD can make the symptoms of TBI worse. Finally, both disorders can have similar symptoms, such as memory problems, sleep disturbances, and difficulty concentrating.

TBI and PTSD often occur together because they share risk factors and can have similar symptoms.

The other connection between TBI and PTSD is that TBI can increase the risk of developing PTSD. This is because TBI can disrupt the normal functioning of the brain, which can lead to symptoms such as flashbacks, nightmares, and anxiety. If you have experienced a TBI, it is important to be aware of the signs of PTSD and to seek help if you are having difficulty coping.

Possible Treatments for TBI and PTSD 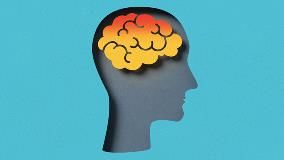 There are several possible treatments for TBI and PTSD. In terms of TBI, there is no one-size-fits-all approach to treatment and the course of treatment will vary depending on the severity of the injury. For milder forms of TBI, treatment may focus on symptom management and may not require any specific intervention. For more severe forms of TBI, however, treatment may involve a multidisciplinary approach that includes cognitive rehabilitation, occupational therapy, physical therapy, and speech therapy.

In terms of PTSD, there are several effective treatments available. The most common approach is cognitive behavioral therapy (CBT), which is effective in reducing symptoms of PTSD. Other approaches that are effective include eye movement desensitization and reprocessing (EMDR), exposure therapy, and group therapy.

Some other treatment methods that have been used to treat TBI and PTSD include neurofeedback, transcranial magnetic stimulation (TMS), and ketamine-assisted psychotherapy.

If you or someone you know is struggling with TBI or PTSD, it is important to seek professional help. There are several effective treatments available and the sooner treatment is started, the better the chances of recovery.

There is a clear relationship between TBI and PTSD, with the latter often being a direct result of the former. However, it is important to note that not everyone who experiences a TBI will develop PTSD, and vice versa. Treatment for both disorders often includes some form of therapy, medication, and lifestyle changes. If you or someone you know is struggling with either disorder, reach out for help from a mental health professional.