Racism can take many different forms, from intentional discrimination and bigotry to institutional policies that limit access to education, housing, or healthcare. Any time someone experiences discrimination or prejudice based on their race or ethnicity, they are experiencing racialized trauma. This type of trauma can have a devastating effect on individuals and communities, leading to lowered self-esteem, increased rates of mental illness, and even violence. Everyone needs to understand what racialized trauma is and why we should care about it.

What Is Racialized Trauma?

Trauma resulting from difficult experiences that arise from one’s race is typically known as racialized trauma. These experiences are inflicted upon racial/ethnic minorities. They are exposed to discrimination on social/academic/professional fronts because of their race. These brutalities lead to traumatic events which have severe impacts on people’s mental and emotional well-being

There are many different causes of racial trauma, but some of the most common include:

Who Does It Effect?

For racial and ethnic minorities, the existence of race-based disparities exists in every sphere of life.

Although there are no specified tell-all signs to feel the significant presence of race-based trauma, some commonly observed behaviors indicate the presence of trauma stemming from racial indifference. Some of them include: 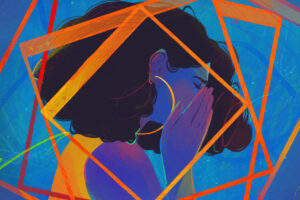 The effects of racial trauma can be far-reaching and devastating. Some of the most common effects include:

To study the effect of racial trauma on mental health, it becomes crucial to study the historical and present relevance of this form of oppression.

How To Cope With Racialized Trauma? 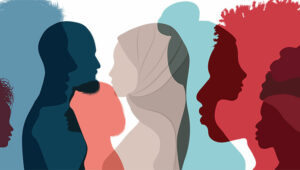 Although a person may not always feel ‘cured’, finding the right support system and coping strategies can provide for a sense of understanding and reliance. If you or someone you know is struggling with racialized trauma, there are some things you can do to help.

Racialized trauma is a serious issue. It can have moreover a profound impact on individuals, families, and communities. If we want to create a more just and equitable society, we need to start by recognizing the existence of racialized trauma and working to address it. Hence, if you or someone you know is struggling with racialized trauma, there are many resources available to help.