Hypochondria and OCD are two conditions that are often misunderstood. Many people do not know the difference between the two, or what they entail. In this blog post, we will discuss hypochondria and OCD in-depth, and provide information on how to get help if you are struggling with either condition. 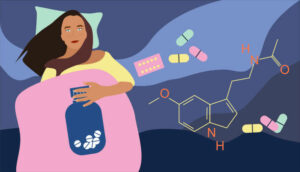 Hypochondria is a mental disorder that causes someone to believe they are sick, even when there is no medical evidence to support this belief.

People with hypochondria are usually preoccupied with the fear of contracting a serious illness, and they may go to great lengths to avoid anything that could potentially make them sick.

The symptoms of hypochondria may include: 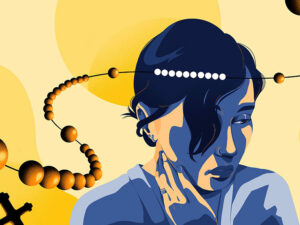 What Are The Similarities?

There are quite a few similarities between Hypochondria and OCD.

Both disorders can also involve repetitive behaviors, such as checking for symptoms or seeking reassurance from others. For example, someone with hypochondria may repeatedly check their body for signs of cancer, while someone with OCD may excessively wash their hands or clean their house to prevent themselves from getting sick.

Hypochondria and OCD can also both interfere with an individual’s daily life, making it difficult to work or function in other areas. For example, someone with hypochondria may miss work due to their constant worry about their health, while someone with OCD may have difficulty leaving the house because of their fear of germs which may result in illness.

What Are The Differences?

Therefore, while there are some similarities between the two disorders, there are also several key differences.

What Are The Causes? 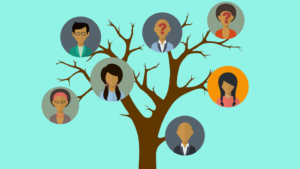 This means that if you have a parent or grandparent who suffers from hypochondria or OCD, you may be more likely to develop the disorder yourself.

There is also some evidence to suggest that hypochondria and OCD can be passed down through generations. This is known as “familial transmission” and it occurs when a disorder is more common in families than in the general population. It is thought that certain genes may be passed down from generation to generation, increasing the risk of developing hypochondria or OCD.

Traumatic events can trigger fears and anxiety that lead to hypochondria and OCD. For example, a person who has experienced a traumatic event may become fixated on their health and start to believe that they are sick. This can lead to them obsessively checking their body for signs of illness and constantly worrying that they are sick.

In some cases, this can even lead to the development of OCD symptoms such as compulsively washing or cleaning in an attempt to avoid germs.

Let’s take an example. You get a car accident and ever since then you have been having anxiety attacks. This has led to you becoming a hypochondriac and now you have OCD about cleanliness. You wash your hands all the time, check your body for any sign of injury, and are always worried that something is wrong with you.

There are several ways that anxiety can cause hypochondria and OCD. One way is through what is known as “catastrophizing.” This is when a person magnifies the importance of a potential threat or danger and then fixates on it. This can lead to a person feeling that they are in constant danger and that any minor health issue could be a life-threatening event.

Another way anxiety can cause hypochondria and OCD is through ” rumination.” This is when a person obsessively thinks about a particular worry or fear over and over again. This can lead to a person feeling that they need to take excessive precautions to avoid any potential danger.

Depression can cause hypochondria and OCD in a few different ways. First, depression can lead to negative thinking, which can then cause a person to believe that they are ill even when they are not.

Hypochondria and OCD can lead to several problems, including:

Difficulty working or going to school 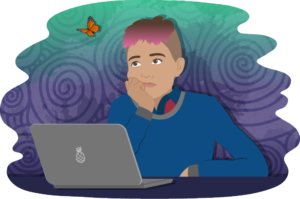 Hypochondria and OCD can result in difficulty working or going to school, indeed. There exist various reasons for this. One is that both disorders can lead to absenteeism, people with hypochondria or OCD may miss work or school due to their illness, real or imagined.

Hypochondria can lead to excessive worry and anxiety about one’s health, which can be draining for both partners. Secondly, hypochondria can also lead to avoidance behaviors, such as avoiding doctors or hospitals. This can make it difficult for partners to get the support they need when they are sick or injured.

Finally, hypochondria can also cause people to become fixated on certain health concerns, which can be frustrating for partners who want to discuss other topics. For example, someone with OCD may wash their hands excessively, which can make it difficult for partners to get close.

Avoiding situations that may trigger anxiety

The second way is through avoidance of reminders, which is when a person tries to avoid anything that might remind them of their anxiety or their obsessive thoughts. This can lead to behaviors such as not watching TV, not reading the news, or not talking to certain people.

A person with hypochondria may fixate on a small mole on their skin, and convince themselves that it is cancerous. They may then spend hours researching cancer, looking up symptoms, and worrying that they are going to die. This can result in a great deal of anxiety and fear.

The second way hypochondria and OCD can result in anxiety is by constantly checking for symptoms of a disease or illness. For example, a person with hypochondria may check their temperature several times a day, or constantly check for lumps in their breast. This can also result in a great deal of anxiety, as the person is constantly worried that they will find something wrong.

Fixating on symptoms and health concerns

There are two main ways that hypochondria and OCD can result in fixating on symptoms and health concerns.

The first is by constantly monitoring oneself for any changes in symptoms or health concerns. This can lead to a person becoming extremely aware of even the slightest changes in their body, which can then result in them obsessing over whether or not these changes are indicative of a more serious health condition. The second way that hypochondria and OCD can result in fixating on symptoms and health concerns is by constantly seeking reassurance from others about their health.

People with hypochondria or OCD may compulsively wash or clean as a way to reduce their anxiety about germs and contaminants. They may believe that if they can prevent themselves from coming into contact with germs, they will be safe from harm. This can lead to excessive hand-washing, showering, and cleaning of the home. In severe cases, people may avoid leaving their homes altogether.

Individuals with hypochondria or OCD may become fixated on the idea that they need to exercise to stay healthy or avoid becoming ill. They may also believe that if they don’t exercise regularly, they will start to look unhealthy or unattractive.

What Solutions Are Available? 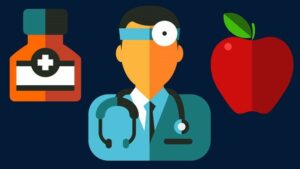 As we can see, hypochondria and OCD are two very different disorders. However, they can both be extremely debilitating and cause a great deal of distress. If you think you may be suffering from either of these conditions, it is important to seek professional help. You can manage and overcome both conditions effectively with the help of the right treatment.

Professional Guidance is the first step to moving toward your healing journey. You can try reaching Therapy Mantra to seek expert help in the comfort of your own home. Our therapists will help you get a solution to manage and overcome your problem. You can book your online therapy and talk directly to your assigned mentor. You may also download our free OCD treatment app on Android or iOS.