Mirtazapine, also known by the brand name Remeron, is a medication used to treat depression. It is a tetracyclic antidepressant, which means that it belongs to a class of medications that are specifically designed to treat depression. Mirtazapine works by further increasing the amount of serotonin and norepinephrine in the brain. This helps to improve mood and relieve depressive symptoms. In this blog post, we will discuss everything you need to know about mirtazapine! 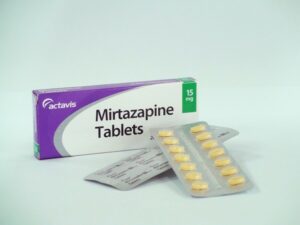 Mirtazapine is unique from other antidepressants in that it has a dual mechanism of action. It works by both increasing the levels of serotonin and norepinephrine, as well as by blocking the reuptake of these neurotransmitters. This means that mirtazapine not only helps to improve mood but also helps to prevent relapse into depression.

As an anti-depressant medication, Remeron mainly treats clinically diagnosed Major Depressive Disorder (MDD). This happens by positively affecting the communication between the nerve cells of the central nervous system, which further restores the chemical balance in the brain.

Since depression is also a subsequent symptom of bipolar disorder, it may also be effective as a treatment for a bipolar diagnosis. The starting dose of mirtazapine is usually 15 mg. The average maintenance dose can range anywhere from 15-45 mg in a day. However, the maximum dose allowed in a single day is 45mg.

The instruction sheet that comes with the prescription should be read thoroughly before the consumption of the medicine.

Some general intake instructions include:

The most common side effects of mirtazapine include

Rare but serious side effects of mirtazapine include:

If you experience any of these rare yet serious side effects, you should contact your doctor immediately.

A highly dangerous reaction to this medication may cause what is typically known as serotonin syndrome. This happens when the body produces too much serotonin, causing overstimulation of the brain to cause various physical (diarrhea, shivering, fever) and mental (seizures, insomnia, restlessness) side effects.

Like every other medication, Remeron may also have life-altering side effects for some people. If you are someone who is prone to the severity of side effects or are unsure of undergoing medical treatment, you may consider alternative treatments. These may include natural changes, therapeutic intervention, as well as a different set of medications.

Some therapies that can be taken into consideration are:

Other medical alternatives for Remeron include 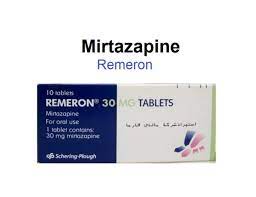 Although your doctor will run you through all the precautions and adversities of medication while prescribing your medical treatment, there are some things you should take into consideration before approaching the medical route of treatment.

Mirtazapine is a medication used to treat depression. It works by increasing the levels of serotonin and norepinephrine in the brain, which helps to improve mood and relieve depressive symptoms. Mirtazapine is unique from other antidepressants since it has a dual mechanism of action. It is also extremely important to consult with a licensed professional for an official diagnosis and prescription of the medication. It is also essential to be aware of the side effects, general warnings, and overall impact of the medication before making a decision.