If you have ever felt the urge to purge your food after eating, you may be wondering if you have a purging disorder. This is a condition that affects many people and can be very harmful to your health. In this blog post, we will discuss what purging disorder is, and how you can get help if you are struggling with it.

What Is Purging Disorder? 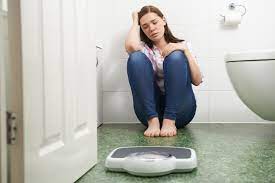 Purging disorder is an eating disorder characterized by the repeated urge to purge after eating. This can be done by vomiting, taking laxatives, or exercising excessively. People with purging disorder often have a distorted body image and may feel that they are fat even when they are not. They may also feel like they have no control over their eating habits. Although purging disorder has not been officially recognized as a diagnosable disorder, it is considered to be a serious condition that can lead to many health complications.

Who Is Likely To Develop Purging Disorder?

Purging disorder develops around the age of adolescence. It affects people of all ages but is most common in adolescent girls as well as young women. It is estimated that up to three percent of people struggle with purging disorder at some point in their lives. People exposed to eating disorders, such as anorexia nervosa or bulimia nervosa, are also at a higher risk for developing a purging disorder.

How Is It Different From Bulimia Nervosa?

Correlation To Other Illnesses

Purging disorder has been linked to other mental and physical illnesses like:

Some of the methods people with eating disorder use to purge are instances such as: 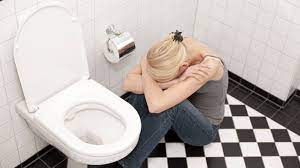 Some of the warning signs or symptoms of purging disorder as observed in patients are: 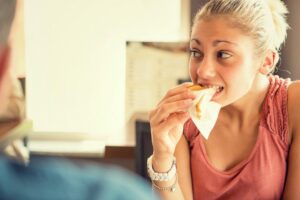 Some known risk-factors or causes of purging disorder are:

Although more research is required to find out the origin of this disorder, researchers have found a link between the above-mentioned factors and purging disorder.

Some of the major detrimental effects of purging disorder on our health are:

As you can see, purging disorder is a health hazard, if not treated properly. It can deteriorate your health more than you realize. 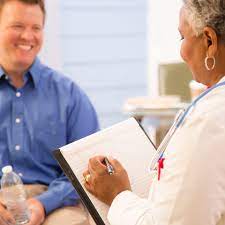 Self-help in addition to professional help can go a long way to make purging disorder manageable.

Some of the ways you can help yourself manage your condition are:

Therefore, Changes to lifestyle can go a long way in eliminating distress from life.

Professional help for this type of eating disorder includes:

If you are going to seek professional help, some of the ways you can prepare are:

Hence, Doing these listed exercises before going in for professional help can help you find the best possible treatment from the professionals of your choice. Preparing before your session will always benefit you. professionals can help make purging disorder make more manageable for the client. It’s never too late to start making changes for yourself.

In conclusion, Purging disorder is a serious mental illness that can be difficult to manage on your own. If you are struggling to cope with your symptoms, seek professional help from a therapist or counselor. You can also make lifestyle changes to help reduce your distress, such as eating a balanced diet, exercising, and avoiding triggers. With the right treatment and support, you can live a healthy and happy life.

For more information and tips you can contact Therapy Mantra. We have a team of professional therapists who can provide you with the support and guidance you need to recover from this condition. Contact us today to learn more about our services. You can also book an online therapy session or download our free Android or iOS app.