Psychosis is defined as a mental disorder that is characterized by abnormal behavior and a distorted view of reality. It can occur in people of any age, but it is most common in young adults. It affects about three out of every 100 people.

On the other hand, Schizophrenia is a psychotic disorder that is typically diagnosed in late adolescence or early adulthood. It affects about one out of every 100 people.

Schizophrenia is a serious mental illness that can result in hallucinations, delusions, and disordered thinking. These symptoms can make it difficult for people with the condition to function normally in their everyday lives.

When psychosis occurs in children or adolescents, it is often called a psychotic disorder. Schizophrenia is, on the other hand, much rarer in children and adolescents. It is diagnosed in only about 0.25-0.50% of all people who have psychotic symptoms.

Psychosis (Schizophrenia) In Children And Youth 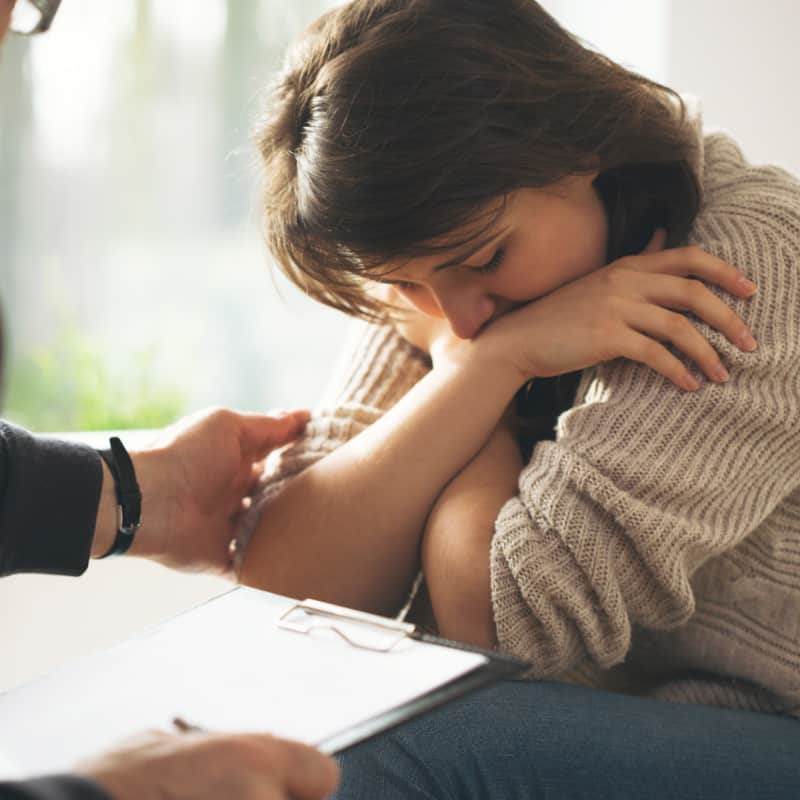 It is a mental illness that is hardly anyone wants to accept. The mental disorder is rarely considered serious until a psychotic episode has already occurred.

To avoid the worse situation, it is important to understand the psychotic disorder in children and youth.

“A mental state in which an individual experiences a disconnection from reality.”

Having this disorder at an early age can be very difficult for psychotic children and their families. Much psychotic youth have trouble in school and relationships with family members, friends, and romantic partners.

Some psychotic children hear voices or see things that others do not. This can be frightening and make it hard to think clearly or feel safe. Some may become agitated or paranoid, feeling like everyone

The earlier a psychotic disorder is diagnosed and treated, the better the outcome will likely be. Psychosis in children and youth can be treated with a combination of medication and therapy.

Psychotic disorders can be diagnosed in individuals of any age. It includes children and adolescents. This can be broken down into three categories: positive, negative, and disorganized symptoms.

Positive symptoms are those that add new behaviors or thoughts to the child’s normal repertoire, such as hallucinations or delusions.

Negative symptoms are those that take away or reduce behaviors or thoughts, such as apathy, decreased speech, and blunted emotions.

Disorganized symptoms are characterized by abnormal thinking and behavior, and can be particularly dangerous because they may lead to self-harm.

Types Of Psychosis In Children And Youth 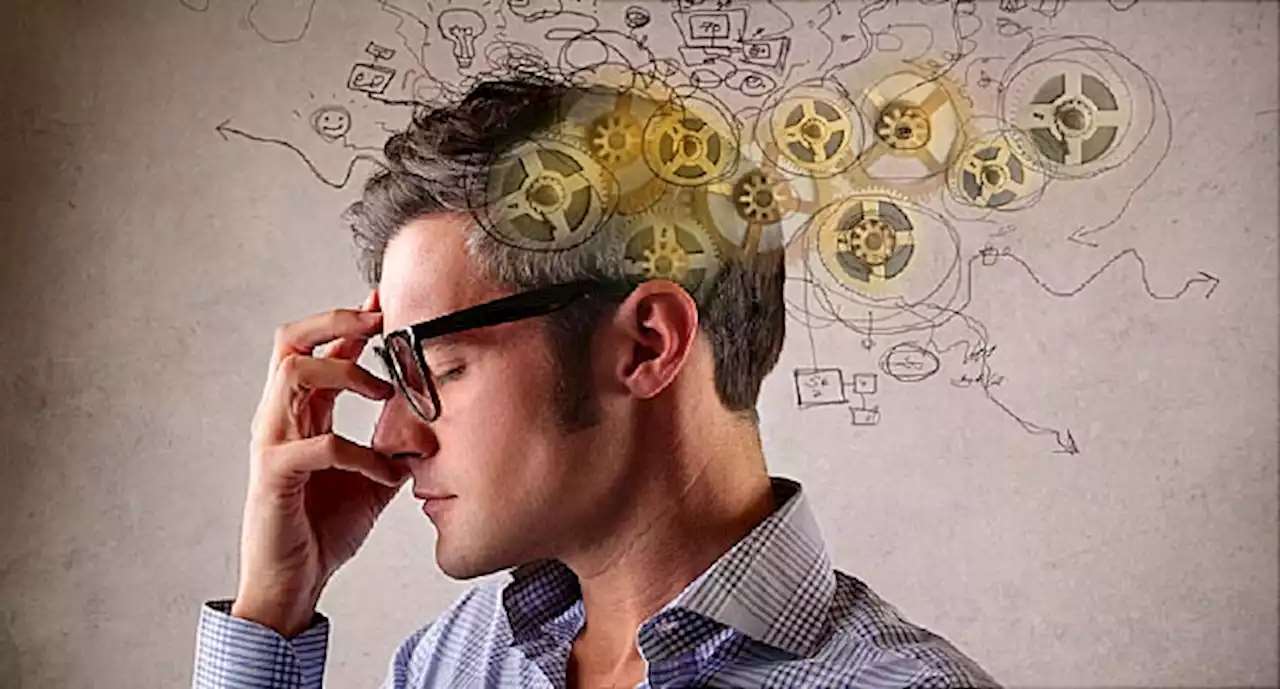 Psychosis In Children And Youth:

A mental health professional can conduct a comprehensive assessment to determine whether or not your child or youth has a psychotic disorder.

Early Signs Of Psychosis In Children And Youth

The early signs of psychotic disorder seem difficult to identify. Normally, these signs are hidden in the child’s behavior and can be easily mistaken for normal developmental stages. In most cases, the psychotic disorder will first show up during late adolescence or early adulthood.

However, there have been cases where psychotic symptoms appeared as early as six years old. To identify those early signs, you have to be very observant and know what to look for.

The psychosis disorder early signs in childhood are very important to be aware of. Some psychotic children may exhibit very different signs or behaviors. And, in some situations, it is often difficult to identify.

The child may experience a wide range of symptoms that can be both physical and psychological in nature. Some of the most common early signs include:

– A sudden change in personality or behavior.

– Problems with memory, Hallucinations, or delusions.

– Problems in accepting the reality.

– Hallucinations, seeing or hearing things that aren’t there.

– Delusions, are false beliefs that a person holds strongly.

There are often early signs in youth that may indicate a psychotic disorder. It is important to pay close attention to changes in behavior, thinking, and emotions in order to get help as soon as possible.

-Having thoughts that others are out to get them or spy on them.

-Hearing, seeing, or feeling things that are not there (hallucinations).

-Believing that they have special powers or are in control of something.

-Feeling very confused, down, or angry for no reason.

-Withdrawing from friends and activities.

-Rapid changes in mood or behavior.

Late Signs Of Having Psychosis

After early signs, there are other later symptoms of having psychosis. Sometimes these changes are so gradual that they are hard to notice. The person with psychosis may not realize that anything is wrong.

Therefore, the other person in contact has to be aware and must notice the symptoms. These later symptoms include changes in mood, behavior, and thinking.

A child with psychosis may become very sad or angry for no reason. They may also feel like everything is a big joke or not take anything seriously.

Suddenly, they may start to act out or become more aggressive. Also, withdraw from friends and family or any happy activities they used to enjoy.

These people with psychosis may have trouble thinking logically. They may also believe things that are not true or have strange thoughts.

These changes can be very scary for the person and their loved ones. Early treatment can make a big difference. Also, it is important to know that these symptoms are not always a sign of psychosis. 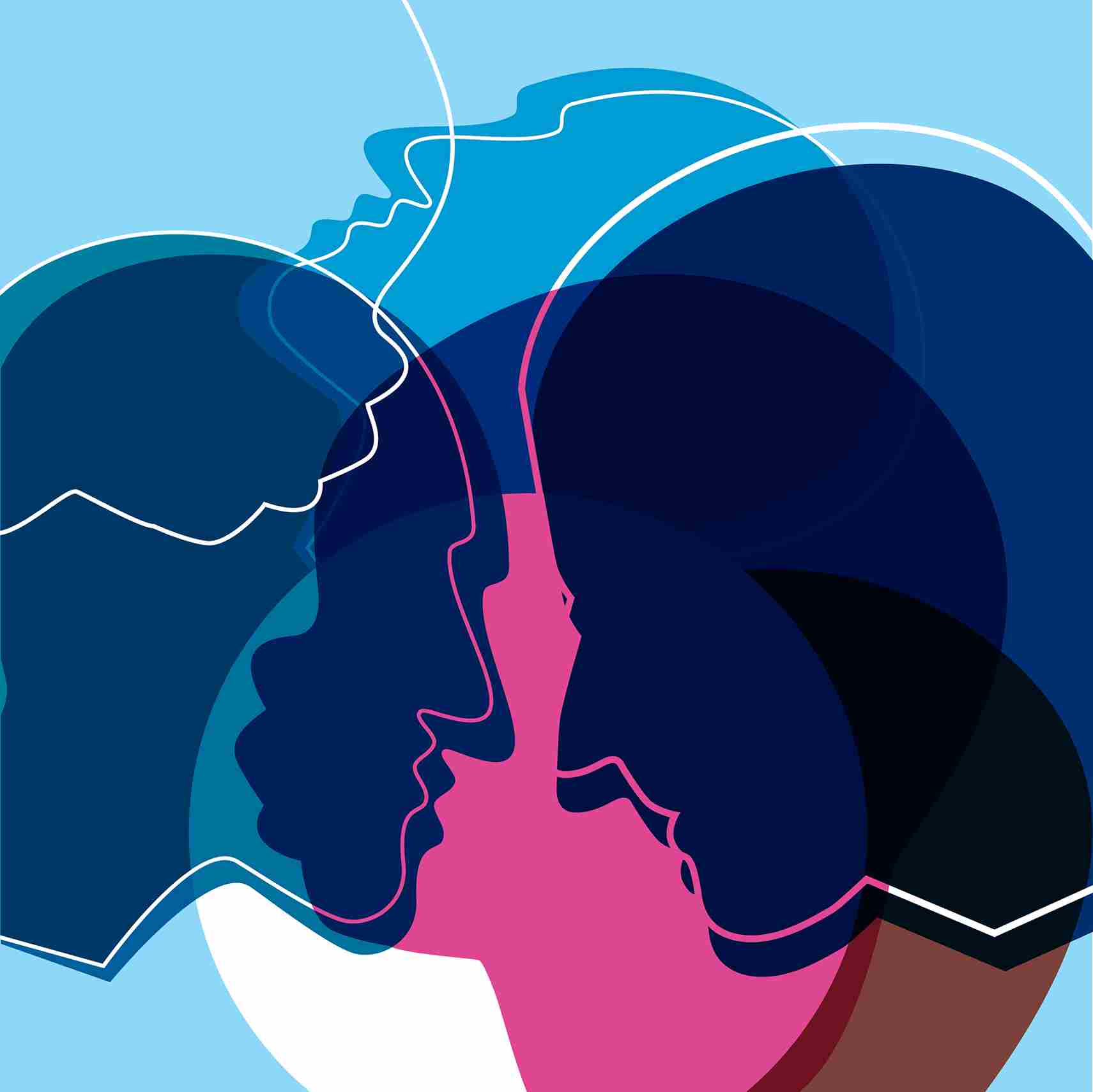 What do you think about the cause of psychosis in children and youth? There are many different factors that could lead to a child developing a psychotic disorder. Some possible causes include:

-Environmental factors, such as exposure to violence or abuse

-Medical conditions, such as tumors or HIV/AIDS

-Psychosocial factors, such as stress or problems in family relationships

These causes can be different for each child. It is important to remember that no cause can be blamed for psychotic disorder. Rather, it is most likely that a combination of factors leads to psychosis in children and youth.

Furthermore, psychotic disorders are not caused by bad parenting. There is no single cause of the psychotic disorder. Rather, it is most likely that a combination of genetic and environmental factors leads to psychosis in children and youth.

If you are concerned about your child’s mental health, it is important to talk to a doctor or mental health professional. They can help you better with the right guidance.

Diagnosis of psychotic disorders in children can be difficult. This is because the symptoms may be mistaken for other problems, such as ADHD or mood disorders.

The child’s doctor will ask about any family history of mental illness. And take a complete medical history, including any medications the child is taking. He or she will also do a physical exam to look for signs of a physical illness.

After reviewing with complete satisfaction all of the information. Gathering, including lab results and psychiatric evaluation. Then, a psychotic disorder will be diagnosed by doing a test that includes;

Treatment For Psychosis In Children And Youth 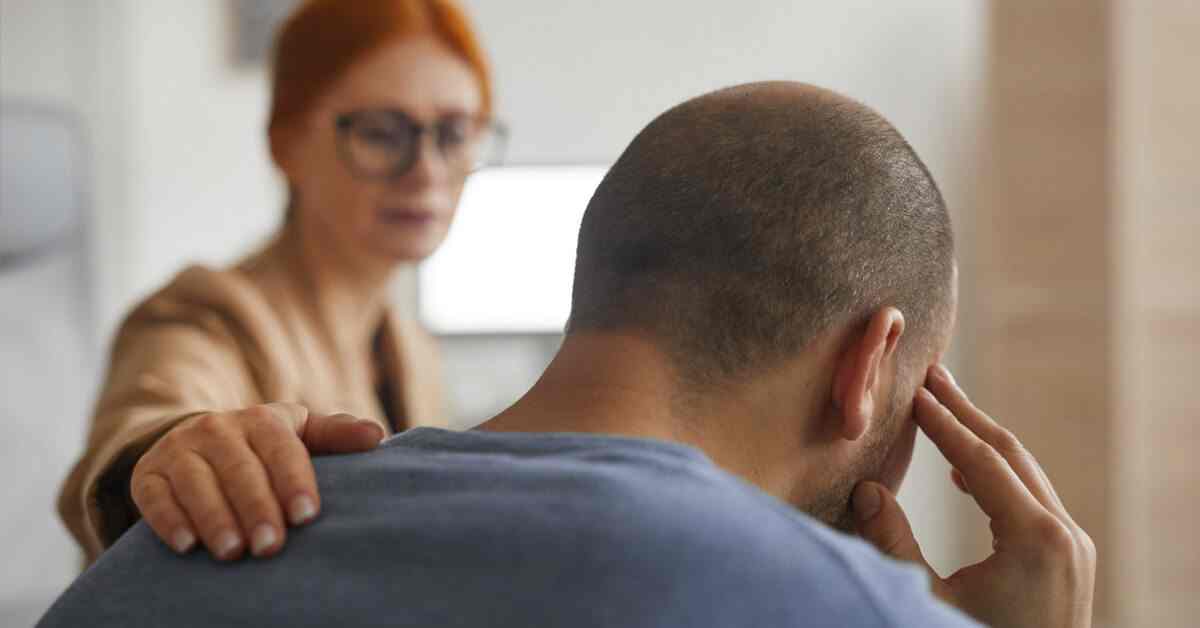 The type of treatment for psychosis in children and youth will vary depending on the cause of the psychosis. If a child’s psychotic symptoms are caused by a medical condition, such as a brain tumor or infection. Then treatment for that underlying condition will be necessary.

If a child’s psychotic symptoms are due to another mental health condition, such as schizophrenia. Then treatment for that condition will likely include medication and therapy.

It is important to note that many children who develop psychosis will improve over time with or without treatment. However, early diagnosis and treatment can often lead to a better outcome.

There is no one size fits approach to treating psychosis in children and youth, so it is important that each child receives individualized care.

Medication is often a key part of treatment for psychotic children and youth. There are many different types of medications that can be used, depending on the child’s symptoms.

Medication is the most prescribed treatment for psychotic children, and it is effective in managing their symptoms. However, medication should only be prescribed by a doctor who has experience treating psychotic disorders in children and youth.

There are many different types of medication that can be prescribed to psychotic children, depending on their individual needs.

Some of the medications that are commonly prescribed:

It is important to work with a doctor to find the best medication and dosage for each child. In some cases, children may need to try a few different medications before finding the one that is most effective for them.

Medication can be taken orally, or in some cases, it may be injected. Most psychotic disorders require lifelong treatment with medication. Even when symptoms are well-controlled, it is important to continue taking medication as prescribed.

Most side effects will go away over time, but it is important to report any problems to the doctor. Additionally, the doctor should be made aware of all medications and supplements a child is taking.

How To Prevent With Psychotic Disorder? 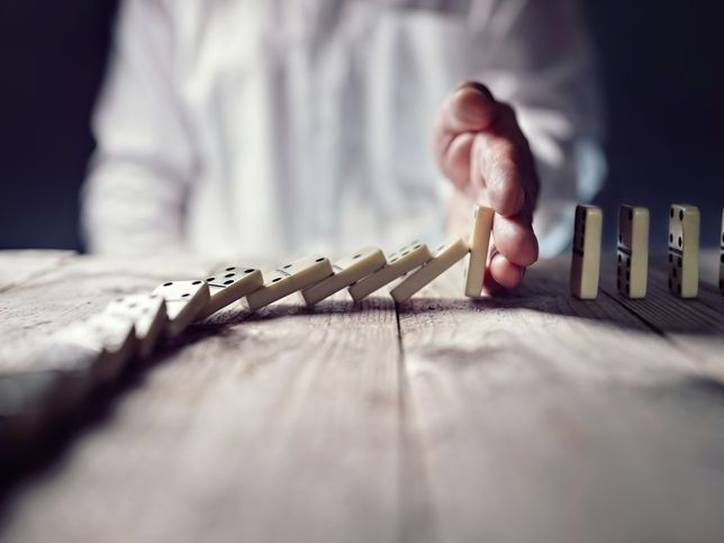 Prevention from psychotic disorder is difficult. However, there are ways to help psychotic children and youth. Early identification and intervention are keys to prevention. As psychosis can cause problems in school, relationships, and work.

Some of the ways are as follows-

There are many programs that offer support. Such as-

If we count on the ways to prevent psychotic disorder. It is possible to reduce the number of psychotic children and youth. There are numerous resources available, including websites and books.

There are some key points that parents and caregivers should pay attention to when a child or youth is experiencing psychosis.

The very first thing to look for is changes in behavior or mood. If a child or youth is normally very social but suddenly becomes withdrawn. This could be a sign of psychotic symptoms.

Likewise, if the person was previously upbeat. But has now become irritable or angry. This could be a sign of psychosis.

Changes in sleep patterns are also common among people who are experiencing psychotic symptoms. If the child or youth is sleeping more than usual.

Troubling fall asleep, or waking up frequently during the night. Then, it could be a sign of concern.

Henceforth, changes in eating habits should also be taken note of. These could all be signs that something is wrong.

To conclude, psychosis in children and youth can be a challenge to identify and manage. But with the correct diagnosis and treatment, they can go on to live healthy, happy lives.

The earlier psychosis is treated, the better the outcome. There are many resources available to help you, including mental health professionals, support groups, and online forums.

“People can show you the door, only you can walk through it.”