Critical Incident Stress is a psychological response that can occur after exposure to a traumatic event. This may include events such as natural disasters, terrorist attacks, serious accidents, or assaults. 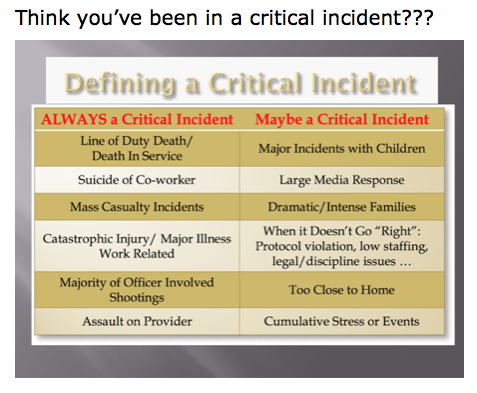 A critical incident is any event that overwhelms your usual coping mechanisms and leaves you feeling stressed, anxious, or traumatized. This can be a one-off event such as a car accident or assault, but it can also be something that happens repeatedly, such as being in a violent relationship.

There are three main types of Critical Incidents:

Critical Incident Stress Disorder (CISD) is a condition that can develop after exposure to a traumatic event. It is characterized by symptoms such as intrusive thoughts, flashbacks, avoidance, and hyperarousal. CISD can lead to problems with work, relationships, and social life.

Post-Traumatic Stress Disorder (PTSD) is a condition that can develop after exposure to a traumatic event. It is characterized by symptoms such as intrusive thoughts, flashbacks, avoidance, and hyperarousal. PTSD can lead to problems with work, relationships, and social life.

There are some key differences between CISD and PTSD.

There are three degrees of CISD, depending on the severity of the symptoms: 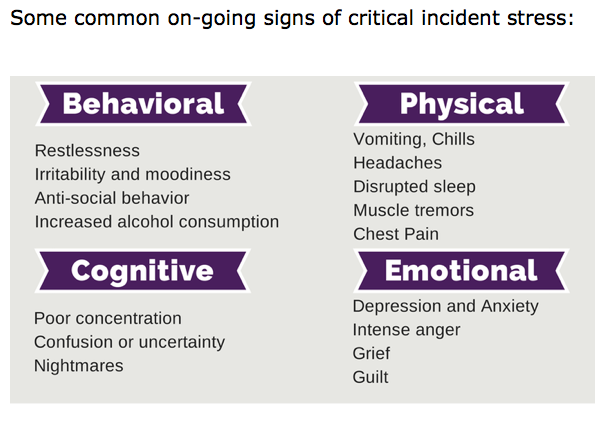 The symptoms of CISD can be divided into four categories:

Flashbacks: Flashbacks are vivid memories of the event that come back unexpectedly and can feel like you are reliving it.

Avoidance: People with CISD may start to avoid anything that reminds them of the event. This can include people, places, activities, and thoughts.

Hyperarousal: Hyperarousal is a state of being constantly on edge and feeling like danger is imminent. It can lead to problems such as difficulty sleeping, irritability, and outbursts of anger.

There are several risk factors for developing CISD, such as:

CISD can have a significant impact on all aspects of a person’s life. It can lead to problems with work, relationships, and social life.

CISD can cause problems in relationships such as communication difficulties, conflict, and intimacy issues.

CISD can cause problems with work such as absenteeism, lost productivity, and job satisfaction.

CISD can cause problems with social life such as avoidance of social activities, isolation, and difficulty forming and maintaining relationships.

NOTE: People with CISD may also find it difficult to cope on their own and may need help from a professional therapist.

Several things can be done to cope with CISD. 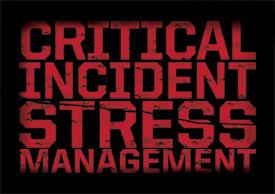 Several self-help tips can be useful for people with CISD.

Several self-help techniques can be useful for people with CISD.

Several self-help tools can be useful for people with CISD. 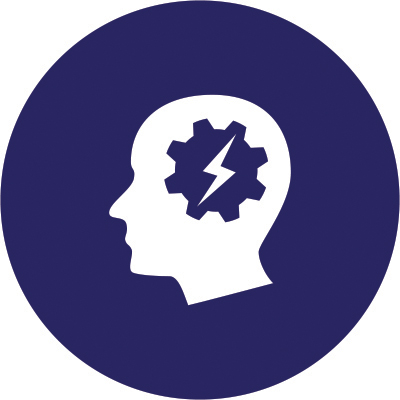 If you are struggling to cope with CISD, it is important to talk to a professional. This can be a therapist, support group, or doctor. They can help you to understand your symptoms and develop coping strategies. Furthermore, therapists can provide support and guidance, as well as offer treatment options.

Several treatment options can be helpful for people with CISD.

Several therapies can be helpful for people with CISD.

Art Therapy: Art therapy can help people to express their thoughts and feelings, as well as improve self-esteem.

Exposure Therapy: Exposure therapy is a type of therapy that helps people to confront their fears. It can help reduce symptoms of CISD.

Group therapy: Group therapy is a type of therapy that takes place in a group setting. It can help reduce symptoms of CISD and provide social support.

Family therapy: Family therapy is a type of therapy that involves family members. It can help improve communication and relationships within the family.

Several medications can be helpful for people with CISD.

Anxiolytics: Anxiolytics can help to reduce symptoms of anxiety.

Here is an example of a case study on CISD.

A 34-year-old woman was referred to therapy after experiencing symptoms of CISD following a traumatic event. She had difficulty sleeping, felt overwhelmed, and exhibited signs of avoidance.

After several sessions of therapy, she reported that her symptoms had improved significantly. She was able to sleep better, felt more able to cope, and had stopped avoiding anything that reminded her of the event.

Helping Someone With CISD

If you know someone who is struggling with CISD, there are several things you can do to help.

Listen: One of the most important things you can do is to listen. Allow them to share their experiences and feelings without judgment.

Understand: Be understanding of the person’s symptoms and be there for them when they need you.

Support: Offer support and encouragement. Let them know that they are not alone and that you are there for them.

Resources: Provide resources, such as books, articles, or website information. This can help them to learn more about CISD and how to cope with it.

There are several experts on CISD who can provide helpful information.

There are several things that experts say about CISD. 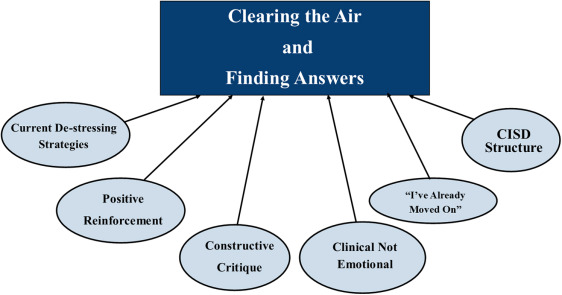 A critical incident stress debriefing (CISD) is a type of therapy that can be helpful for people with CISD.

During a CISD, participants will discuss the traumatic event that has occurred. This can help to reduce symptoms of CISD and provide support.

The brain activity during a CISD is different than when a person is not experiencing CISD.

During a CISD, the brain goes into a state of hyperarousal. This means that it is in a heightened state and is ready to react to danger.

This can be helpful for people who have experienced a traumatic event. It can help them to understand their symptoms and develop coping strategies.

Some research suggests that brain activity may be different during a critical incident stress debriefing.

One study found that people who participated in a CISD had increased activity in the frontal lobe, which is responsible for decision-making and problem-solving.

Another study found that people who participated in a CISD had decreased activity in the amygdala, which is responsible for fear and anxiety.

CISD can affect the brain in several ways. CISD can cause changes in:

There are several books available on CISD.

“Waking the Tiger: Healing Trauma” by Peter A. Levine

“The Body Keeps the Score: Brain, Mind, and Body in the Healing of Trauma” by Bessel van der Kolk

CISD can be a difficult experience, but there are many resources and treatments available to help. If you or someone you know is struggling with CISD, reach out for help. Talk to a professional about your symptoms and develop a plan to cope.

Furthermore, self-care is important for managing CISD. Be sure to take care of yourself emotionally and physically. Lastly, remember that you are not alone in this experience. Many people understand what you are going through and are here to help.