Anorexia nervosa is a serious mental illness that affects millions of people around the world. It is characterized by an extreme fear of gaining weight, a distorted view of body image, and a relentless pursuit of thinness. Severe anorexia can be deadly, as it often leads to malnutrition and other life-threatening health problems. In this blog post, we will discuss the signs and symptoms of severe anorexia, as well as the treatments available for those who suffer from this condition.

What Is Severe Anorexia? 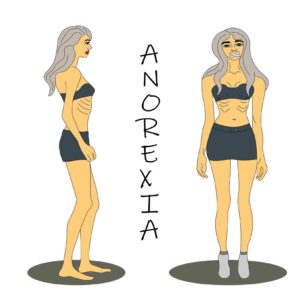 Severe anorexia is a serious, life-threatening eating disorder. People with severe anorexia have an intense fear of gaining weight and a distorted view of their bodies. They severely restrict the amount of food they eat and often exercise excessively. As a result, they can become dangerously thin. Severe anorexia is more common in girls and women, but it can affect boys and men as well.

People with severe anorexia may:

Several physical and behavioral symptoms are associated with anorexia. Some of the most common physical symptoms include:

Some of the most common behavioral symptoms include:

If you or someone you know is exhibiting any of these symptoms, it is important to seek professional help. Anorexia is a serious condition that can have potentially fatal consequences if left untreated. With proper treatment, however, many people with anorexia go on to make a full recovery.

If you think you may be suffering from anorexia, talk to your doctor or make an appointment with a mental health professional. Early intervention is key to a successful outcome. Anorexia is a treatable condition, but the sooner you get help, the better your chances of recovery will be.

There is no single cause of severe anorexia. A combination of genetic, psychological, and environmental factors may contribute to the development of the condition.

Psychological: People with severe anorexia often have distorted perceptions of their bodies and see themselves as overweight, even when they are dangerously thin. They may also have a fear of gaining weight and becoming fat.

Environmental: Environmental factors, such as peer pressure and the media, may contribute to the development of severe anorexia. Peers who are critical of a person’s weight or appearance, or who engage in disordered eating behaviors themselves, can increase the risk of developing an eating disorder. The media’s portrayal of thinness as the ideal body type can also contribute to the development of severe anorexia.

Several risk factors may contribute to the development of anorexia. These include:

If you or someone you know is struggling with anorexia, it’s important to seek professional help. Anorexia is a serious and potentially life-threatening condition that requires treatment from trained medical and mental health professionals.

Complications of severe anorexia can be deadly. Severe anorexia nervosa has the highest mortality rate of any psychiatric disorder. Up to 20% of people with the condition will die from it, most often from starvation or suicide.

There are several complications associated with severe anorexia that can be deadly. These include:

What Are The Treatment Of Severe Anorexia? 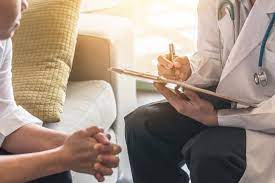 Severe anorexia is a serious, potentially life-threatening condition. If you or someone you know has severe anorexia, it is important to seek professional help.

Various treatment options are as follows:

Psychotherapy, also called talk therapy, is a key part of treatment for severe anorexia. This type of therapy can help people with anorexia understand and change the thoughts and behaviors that contribute to their disorder.

CBT is a type of psychotherapy that is effective in treating eating disorders. CBT can help people with anorexia recognize and change the thoughts and behaviors that contribute to their disorder.

FBT is a type of psychotherapy that involves the entire family in treatment. This type of therapy is effective in treating eating disorders, especially in children and adolescents.

There are no medications specifically approved for the treatment of anorexia. However, certain medications may help treat related conditions, such as depression and anxiety.

Nutritional counseling can help people with anorexia plan meals and make healthy food choices. For instance, a registered dietitian can teach you about the importance of balanced nutrition and how to eat a healthy, balanced diet.

In some cases, people with severe anorexia may need to be hospitalized to ensure they get the nutrition they need. Hospitalization may also be necessary if a person is at risk of harming themselves or others.

Severe anorexia is a serious, potentially life-threatening condition. If you or someone you know has severe anorexia, it is important to seek professional help. Various treatment options are available and can be effective in treating the disorder.

It may be concluded that severe anorexia is a serious mental illness that needs to be treated with great care. It can be life-threatening if not treated early on, and even with treatment, it can be difficult to overcome. However, many people do recover from anorexia and go on to lead healthy, happy lives. If you or someone you know is struggling with anorexia, don’t hesitate to seek professional help.

It is an eating disorder characterized by severe weight loss and a fear of gaining weight. People with anorexia typically restrict their caloric intake, exercise excessively, and may also engage in purging behaviors such as vomiting or using laxatives.

For further information and suggestions, please contact Therapy Mantra. We have a team of expert therapists that can help you overcome this problem. Get in touch with us right away to learn more about our services. You may also make an online therapy session or download our free Android or iOS app.