PCOS is a condition that affects women predominantly, and it is characterized by several symptoms such as extreme hair growth, acne, and difficulty getting pregnant. Depression is one of the most common mental health conditions in the world, affecting around 30% of people at some point in their lives. The relationship between PCOS and depression is still largely unknown, but there are a few theories about how they might interact. In this article, we’ll explore how PCOS and depression might be related, and look at some ways to get help if you’re struggling with either condition.

PCOS is a heterogeneous syndrome characterized by polycystic ovary syndrome (PCOS), which is the most common endocrine disorder in women of reproductive age. It affects between 5-10% of all women and is caused by an imbalance of hormones in the body. The main symptoms are irregular or absent menstrual cycles, excess hair on the face, chest, and back, increased body fat, and difficulty getting pregnant.

PCOS may be caused by a combination of genetics and environmental factors, including obesity, insulin resistance, and high levels of male hormones (androgens). The exact cause is unknown, but it is thought to involve the hypothalamus and pituitary glands. 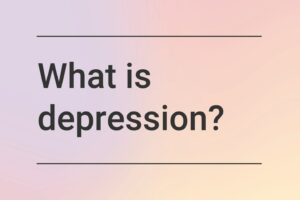 Depression is a serious mental disorder characterized by feelings of sadness, hopelessness, and low mood. It is estimated that depression affects around 20% of the population in any given year.
PCOS is a condition that affects up to 10% of women of reproductive age. PCOS is often associated with infertility and other health issues, including obesity and type II diabetes. However, there is an increasing body of evidence indicating that PCOS may also be associated with depression.
There are many possible explanations for this relationship. PCOS may cause depression by affecting the hormones that contribute to mood regulation (such as serotonin and testosterone). This can lead to an imbalance in brain chemicals, which in turn can cause symptoms of depression.

How Does Depression Affect Women with PCOS?

PCOS is a condition that affects around one in ten women. PCOS is a disorder of the ovaries, and it can cause irregular periods, infertility, and weight gain. Depression can also be a common complication of PCOS.

Depression is one of the most common conditions in the United States, affecting around 25 percent of adults at some point in their lives. Women with PCOS are more likely than other women to experience depression, and depression can lead to increased anxiety and stress levels, which can further complicate the symptoms of PCOS.

Depression can also worsen the underlying condition of PCOS by leading to weight gain and insulin resistance. This makes it even more difficult for women with PCOS to manage their symptoms and improve their overall health. Also, high levels of stress caused by depression can make it harder for women with PCOS to get the support they need to manage their condition and improve their overall health.

If you are experiencing depression as a complication of PCOS, there are ways to get help. There are many resources available to help you find treatment and manage your symptoms.

Relationship Between PCOS And Depression? 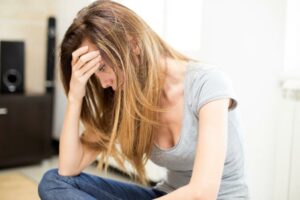 Depression and PCOS are both common health conditions that can adversely affect a person’s quality of life. In fact, up to one-third of women with PCOS also have depression, according to the National Women’s Health Information Center. Women with PCOS often have difficulty regulating their hormones, leading to symptoms such as weight gain, acne, and infertility. Depression can make these issues even more difficult to manage.

The relationship may also be bidirectional. For example, women with PCOS who are depressed may be more likely to develop the condition due to the negative impact of their depression on their hormones. Conversely, PCOS may also lead to depression in some women.

The causes of PCOS are still largely unknown, but one theory suggests that the disorder may be caused by an imbalance in hormones. Women with PCOS produce too many male hormones (such as testosterone) or too few female hormones (like estrogen). This imbalance can lead to various health problems, including depression.

Treatment of PCOS and Depression Simultaneously 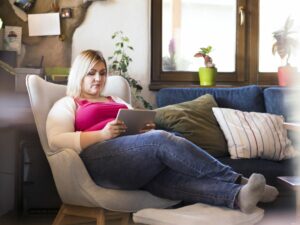 The treatment of PCOS and depression simultaneously is a difficult problem. Some patients may benefit from medication for both conditions, but others may only improve with one treatment or the other. Some treatments that are effective for treating PCOS include :

One of the constant challenges for women with PCOS is that they may need to make many lifestyle changes to improve their health. These changes may include eating a healthy diet, exercising regularly, and avoiding weight gain.

Several medications are effective in treating PCOS. These medications can help to regulate the hormones that are associated with PCOS, and may also help to improve moods and anxiety levels. Some of the most common medications used for treating PCOS include:

Alternative therapies, such as acupuncture or herbal supplements, may help treat PCOS and depression simultaneously. However, these treatments are not always effective, and should only be used in conjunction with other treatment options.

These therapies may be effective for some patients, but they should not be used as a substitute for medication or psychotherapy.

It is no secret that women with polycystic ovarian syndrome (PCOS) are at an increased risk for depression. Research has consistently shown a strong correlation between PCOS and major depressive disorder (MDD). While the exact cause of this relationship remains unknown, researchers believe that the polycystic characteristics of PCOS may contribute to the development of depression. Additionally, restrictive dieting and binge eating behavior have both been linked to PCOS, which may also lead to depressive symptoms.

If you or a loved one suffers from depression and/or Polycystic Ovarian Syndrome (PCOS), it is important to seek out professional help. There are many treatments available that can improve your mental health condition significantly.