Depression is a mental illness that affects millions of people around the world. While the root causes of depression are still being studied. Scientists have found a possible link between omega-3 fatty acids and depression. In this blog post, we will discuss the relationship between omega-3 and depression, as well as the benefits of taking omega-3 supplements for those who suffer from depression. 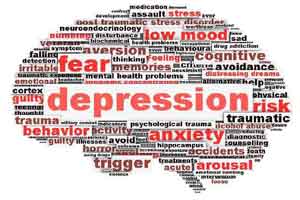 Depression is more than just feeling sad. It’s a serious mental health condition that impacts your thoughts, feelings, behavior, and physical health. People with depression may have trouble performing everyday tasks, and they may feel as though life isn’t worth living.

Does Omega 3 Help In Depression?

Depression is a serious mental illness that can have devastating consequences if left untreated. According to the World Health Organization, depression is the leading cause of disability worldwide and is a major contributor to the overall global burden of disease. While there are many effective treatments for depression, some people may still struggle to find relief from their symptoms. Omega-3 fatty acids are a type of polyunsaturated fat that has been shown to have various health benefits, including a potential role in treating depression.

While the exact mechanisms by which omega-three fatty acids work to treat depression are not fully understood, it is thought that they may help by reducing inflammation, improving brain function, and regulating mood. Omega-three fatty acids are found in abundance in fish and seafood, as well as in certain plant-based foods such as flaxseeds, chia seeds, and walnuts. You can also take omega-three supplements to ensure you’re getting an adequate amount of these important nutrients.

Link Between Omega 3 And Depression 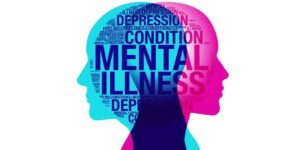 A new study has found a link between omega-three fatty acids and depression. The research, which was conducted by the University of Pittsburgh Medical Center (UPMC), looked at data from over 11,000 adults who were part of the National Health and Nutrition Examination Survey.

The link between omega-three and depression has been well-established in animal studies, but this is the first time it has been shown in humans. Omega-three fatty acids are found in fish oil, and they have several health benefits.

The UPMC study is the latest to add to the growing body of evidence linking omega-three and depression. A 2016 review of studies found that omega-three supplementation was associated with a reduction in depressive symptoms.

If you’re struggling with depression, talk to your doctor about whether omega-three supplementation could be right for you. While the link between omega-three and depression is still being studied, there’s evidence that this natural remedy could help to improve your mood.

What Are The Source Of Omega 3?

There are three main sources of omega-three fatty acids:

Can a lack of Omega-3 Causes Depression?

Yes, according to a new study that has found a correlation between low levels of Omega-three and an increased risk of developing depression. The study, which was conducted by the University of Pittsburgh Medical Center, looked at data from over 11,000 adults and found that those with lower levels of omega-three fatty acids were more likely to suffer from symptoms of depression.

While the study does not prove that a lack of omega-three causes depression, it does suggest that there is a relationship between the two. Omega-three fatty acids are essential for brain health, and they have been shown to play a role in mood disorders like depression. If you are concerned about your omega-three levels, talk to your doctor about supplements or foods that are high in omega-three fatty acids.

When To Take Omega 3 Supplements

While taking omega-3 supplements always follow the dosage mentioned on the product. Do not increase or decrease the dosage without a doctor’s consultation. The most common side effects of omega-three are fishy breath, heartburn, and nausea. If any of these effects persist or worsen, then consult your doctor immediately.

Pregnant and breastfeeding women should not take more than 3000 mg of omega-three per day. Intake of more than this amount might result in bleeding problems. People with diabetes, high blood pressure, and bleeding disorders should consult their doctor before taking omega-three supplements as it might worsen their condition.

What Are Its Benefits?

While the relationship between omega-three and depression is still being studied, there are many other benefits of omega-three fatty acids that have been proven.

Omega-three fatty acids can help with:

Heart health: they can reduce the risk of heart disease and stroke by reducing inflammation and blood pressure.

Brain health: They can improve cognitive function and memory, and reduce the risk of dementia. omega-three fatty acids are essential for brain function and development.

Skin health: They can improve skin conditions like eczema.

Mood: omega-three fatty acids are thought to have a positive effect on mood and mental health.

It may be concluded that while taking Omega 3 for depression may not be the sole cure, it can help treat the symptoms. In addition, Omega-3 has little to no side effects and can be taken with other medications. If you are struggling with depression, speak with your doctor about whether or not Omega-3 could be right for you.

If you are struggling with depression, speak with your doctor about whether or not Omega-three could be right for you.