Energy psychology is a relatively new branch of psychology that focuses on the relationship between energy and emotions. It is based on the idea that our thoughts and emotions create energy fields around our bodies, which can affect our health and well-being. In this blog post, we will discuss some of the key concepts of energy psychology. As well as some of the benefits that have been reported by people who practice it.

What Is Energy Psychology? 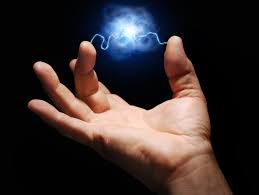 Energy psychology is based on the belief that our thoughts and emotions are connected to our physical bodies by way of energy. This connection is said to be made through the body’s meridian system. Which is a network of energy pathways that run throughout the body.

More often, it is believed to use in combination with exposure therapy, which is a type of cognitive-behavioral therapy. It helps people confront their fears. It is also described as an approach, “acupuncture without needles” by the proponent of this theory, David Feinstein, Ph.D. There are several techniques and therapies associated with energy psychology. Most are known as acupuncture and acupressure therapies.

Acupuncture is a traditional Chinese medicine practice that involves inserting thin needles into specific points on the body to balance energy flow and restore health. According to Traditional Chinese Medicine, our bodies contain an invisible life force called qi (pronounced “chee”). This qi flows along pathways called meridians. If the flow of qi becomes blocked, it can lead to illness.

Acupressure is similar to acupuncture in that it also uses pressure points on the body to relieve pain and tension. However, instead of using needles, acupressure uses finger pressure or massage. Like acupuncture, acupressure is based on the belief that our bodies contain an invisible life force called qi. It is said that by applying pressure to specific points on the body, we can unblock the flow of qi and restore health.

Energy psychology is a relatively new field, and more research is needed to validate its efficacy. However, there are many anecdotal reports of people who have used energy psychology techniques with success.

How Does Energy Psychology Developed?

Energy psychology is a new field that has developed in recent years. It is based on the idea that our thoughts and emotions can affect our physical health. This is not a new concept, but it is one that is gaining popularity as more research is conducted in this area.

The early developers of this theory are Fred Gallo, Ph.D., and David Feinstein, Ph.D. They developed a system called Energy Psychology or EP for short. This system is based on the premise that our bodies are composed of energy fields that are in constant interaction with each other.

The psychologists believed that physical and emotional traumas could cause imbalances in these energy fields. They developed a system of techniques to correct these imbalances and restore health. Traumatic events are not the only thing that can cause these imbalances.

According to studies, there is one principle that traumas and fears are problematic for some. As they create a state of hyperarousal which is the physiological response to a real or perceived threat. The body goes into survival mode and the individual may experience a range of symptoms such as anxiety, irritability, insomnia, and others.

In order to address these imbalances, energy psychologists use a variety of techniques. With the help of these techniques, they can help the individual to release the emotions that are causing the imbalance.

What Are The Energy Psychology Techniques? 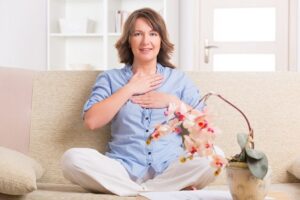 There are a few different techniques that are used in energy psychology. The proponents of these techniques say that by correcting the imbalances in our energy field, we can improve our mental and emotional health. Energy psychology holds these methods and approaches in order to give successful treatment results. These methods include;

It is often said that TFT is one of the most successful energy psychology techniques available today. It was developed in the 1970s by Dr. Roger Callahan. TFT is based on the idea that our thoughts and emotions are stored in a “field” of energy around our body. By tapping on specific points on the body, we can access this field and release any negative thoughts or emotions that may be causing us distress.

This works by clearing the blockages in our energy field that are causing us to feel negative emotions. Callahan developed a specific tapping sequence that is said to be effective in treating a variety of mental and emotional problems.

EFT is another popular energy psychology technique that was developed in the 1990s by Gary Craig. Like TFT, EFT is based on the idea that our thoughts and emotions are stored in an energy field around our body. By tapping on specific points on the body, we can access this field and release any negative thoughts or emotions that may be causing us distress.

EFT has been found to be particularly effective in treating anxiety, depression, trauma, and phobias. It is also said to be helpful in managing stress, improving sleep, and alleviating pain.

TAT is a technique that was developed by Dr. Tapas Fleming in the 1980s. It is based on the same principles as acupuncture, but instead of using needles, TAT uses pressure on specific points in the body. TAT is said to be effective in treating a variety of mental and emotional problems, including anxiety, depression, trauma, and phobias.

TAT has also been found to be helpful in managing stress, improving sleep, and alleviating pain. More often, it is used to help people release negative emotions and memories that are causing them distress.

These are three prominent energy psychology techniques that are used today. While there is still much debate surrounding the efficacy of these methods, many people have found them to be helpful in managing their mental and emotional health. If you are struggling with any of the issues mentioned above, it may be worth considering one of these techniques.

What To Treat With Energy Psychology Techniques?

The techniques of this therapy can be used to treat a wide variety of psychological conditions, such as:

These are only a few examples, but energy psychology can be used to treat just about any psychological condition. Mainly, these techniques work by releasing trapped energy in the body. This can help to improve your mental and emotional well-being, as well as your physical health.

Moreover, there have been studies that suggest energy psychology is an effective treatment for mental health issues. One theory is that these techniques work by stimulating the nervous system. This can help to release chemicals in the brain that improve mood and well-being. Because disorders are usually caused by a disruption in the flow of energy in the body.

If you’re considering energy psychology, it’s important to find a qualified practitioner. Make sure to do your research and find someone who has experience treating a similar condition to you. Energy psychology is a powerful tool that can help to improve your mental and emotional health.

What Are The Benefits Of Energy Psychology?

Energy psychology has been shown to be an effective treatment for many different conditions. In addition, it can provide other benefits, such as:

Also, EP is that it is a relatively short-term therapy. This means that it can be completed in a matter of weeks or months, as opposed to years. It is a non-invasive therapy, which means there are no side effects, unlike some medications or other therapies.

In fact, the benefits of energy psychology are so great that it is being used by an increasing number of therapists and counselors. However, it is important to remember that energy psychology is not a replacement for traditional psychological therapies.

What Are The Limitations Of Energy Psychology? 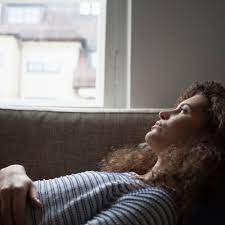 Though EP has gained a lot of popularity in recent years, it is still considered a controversial therapy by many in the mental health community. There are several reasons for this, but the main one is that there is a lack of scientific evidence to support its claims.

Finally, some people worry that energy psychology techniques could be used to manipulate people’s emotions. This is a valid concern, but it should be noted that all therapies have the potential to be abused in this way. Energy psychology is a controversial therapy, but it has shown some promise in treating conditions like anxiety and PTSD. If you’re considering trying EP

Moreover, be sure to consult with a qualified practitioner to ensure that it is the right fit for you. Because of the lack of scientific evidence, energy psychology should be considered a complementary therapy rather than a primary treatment. However, it may be worth a try if other treatments have failed to provide relief.

To conclude, energy psychology is a controversial but promising branch of psychology that warrants further exploration. If you’re interested in learning more about energy psychology or exploring its potential benefits, be sure to consult with a qualified practitioner. You can also contact Therapy Mantra, a platform that provides mental health services.

If you’re struggling with mental health issues, give energy psychology a try. It could be the key to unlocking a happier, healthier life.