If you have OCD, you know how overwhelming it can be to manage your symptoms. There are many different treatments available, but finding the right one can be a challenging and daunting task. Sertraline is a medication that is effective in treating OCD. In this blog post, we will discuss how sertraline works and how it can help improve your quality of life.

Sertraline sold under the brand name Zoloft belongs to a class of drugs called SSRIs (selective serotonin reuptake inhibitors) that can be used to treat OCD as well as depression, panic disorder, PTSD, and social anxiety disorder.

How Does Sertraline Works? 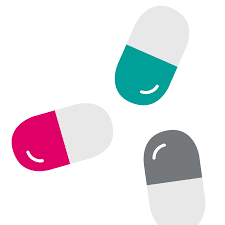 As sertraline is an SSRI it works by influencing the levels of serotonin, one of the neurotransmitters in the brain. This helps to alleviate symptoms of OCD by making it easier for the brain to send and receive messages and also helps to improve mood and reduce anxiety.SSRIs increase the serotonin levels in the brain by blocking its reuptake. Studies have shown that increased serotonin levels are linked to a more focused, happier, and calmer mind.

How Effective Is Sertraline?

Sertraline is a medication that has been proven effective in treating OCD.

Sertraline comes in tablet form and is usually taken once a day, with or without food. The starting dose is 50 mg a day, which may be increased to 100 mg a day after one week. If necessary, your doctor may further increase the dose up to 200 mg a day. Once you and your doctor have decided on the right dose for you, it is important to stick to it. Do not increase or decrease the dose without talking to your doctor first.

For children aged 6-12 starting dose is 25mg daily which may be increased further to 50mg.

Sertraline is an effective treatment for OCD in both children and adults. It can help to

In some cases, it may even help to prevent the onset of OCD. If you are considering taking sertraline for OCD, it is important to speak with your doctor about the potential risks and benefits.

Side Effects Of Sertraline 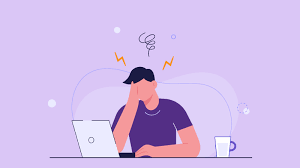 Sertraline may cause side effects, such as:

Severe side effects of sertraline include:

Things To Know Before Starting Sertraline

Here are a few things you must know before starting your sertraline treatment:

According to the FDA, taking sertraline early in pregnancy is safe, it does not appear to increase the newborn’s risk for birth defects. However, sertraline use in the third trimester of pregnancy can raise the baby’s risk of high blood pressure later in life. The newborn may experience symptoms of sertraline withdrawal.

While on treatment with sertraline, you should avoid or limit your alcohol consumption. Alcohol can exacerbate the neurological adverse effects of sertraline, including dizziness, drowsiness, and poor attention. Some individuals may also experience cognitive impairment.

How Long Does Sertraline Take To Work?

After 1 or 2 weeks, you may notice an improvement in your symptoms, although it usually takes 4 to 6 weeks for you to feel the full effects. That’s because sertraline levels in your body take around a week to build up before being absorbed into your system, and then a few weeks longer for your body to adapt and become acclimated.

Symptoms of a sertraline withdrawal typically emerge within five days of stopping the drug, and they can last for up to six weeks. It includes:

According to studies, lowering sertraline dosages by 50 mg every 5 to 7 days with a final dosage of 25 to 50 mg daily can assist patients to avoid withdrawal symptoms. 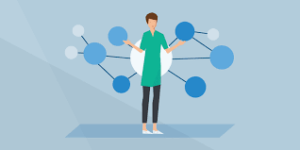 Sertraline is not the only medication used to treat OCD. If sertraline is not working for you, or if you experience intolerable side effects, you can talk to your doctor about other treatment options. Some other options include:

There are many alternative SSRIs, such as:

SNRI specifically inhibits the reuptake of both serotonin and norepinephrine. It is another class of antidepressants that is effective in treating OCD. Some examples include:

Other classes of drugs include:

Many natural treatments can help with OCD. Some of the most popular ones include omega-three fatty acids, magnesium, probiotics, and herbs such as St. John’s wort and lavender. There is some evidence that certain herbal remedies may be helpful for OCD symptoms. However, it’s important to talk to your doctor before taking any supplements, as they can interact with medications you may be taking.

Some people find that making lifestyle changes, such as getting regular exercise, eating a healthy diet, and getting enough sleep, can help reduce OCD symptoms. While there is no cure for OCD, these lifestyle changes may help lessen the severity of your symptoms.

Medication is just one part of the treatment for OCD. Many people with OCD also find that therapy, either alone or in combination with medication, is an effective treatment. Many types of therapy can be effective for OCD, but one of the most well-studied and most effective treatments is exposure and response prevention (ERP).

ERP is a type of cognitive-behavioral therapy that involves gradually exposing yourself to the things that trigger your OCD symptoms, without engaging in the compulsions or rituals that you usually do to relieve anxiety. This can help you learn to manage your OCD symptoms and can lead to lasting improvements.

Sertraline is an effective medication that can be used to treat OCD. If you are looking for alternatives to sertraline, there are many options available. Talk to your doctor about what might be right for you. Remember, there is no one-size-fits-all approach to treatment, and what works for one person may not work for another. With the help of a mental health professional, you can find the treatment that works best for you.

If you or someone you know is struggling with OCD, you can reach out for help at Therapy Mantra. Our team of expert mental health professionals can provide you with treatment and support so that you can live a full and happy life. Visit our website to book an online therapy or you may also download our free OCD treatment app on Android or iOS for more information.