Prozac is one of the most popular medications used to treat OCD. It was the first medication approved by the FDA specifically for OCD treatment. In this comprehensive guide, we will discuss everything you need to know about Prozac for OCD. We will cover how it works, side effects, dosage information, and more!

Fluoxetine is an antidepressant medication that is most often marketed under the brand name Prozac. Fluoxetine is also sold under the brand names Oxactin, Rapiflux, Sarafem, and Selfemra. It belongs to a class of medication known as a selective serotonin reuptake inhibitor (SSRI). SSRIs work by increasing the levels of serotonin in the brain, which helps to reduce obsessive thoughts and compulsions. SSRIs also have antidepressant and anti-anxiety effects. Prozac was first approved by the FDA in 1987 for the treatment of major depression. It is considered to be one of the most effective medications for treating OCD. Prozac is also used to treat other conditions such as depression, anxiety, and bulimia.

How Does Prozac Work?

The exact mechanism of how Prozac works is not fully understood. It is thought to work by affecting the balance of chemicals in the brain, specifically serotonin levels. Serotonin is a neurotransmitter that plays a role in mood, anxiety, and sleep. SSRIs, such as Prozac, help to restore this brain chemical imbalance of serotonin. They prevent neurons from reabsorbing serotonin, causing a greater quantity of serotonin in the brain and hence a boost in mood.

Benefits Of Prozac For OCD

There are many benefits of taking Prozac for OCD. It includes but is not limited to:

Overall, Prozac is an effective medication for treating OCD which can help you to lead a more normal and productive life. If you are considering taking Prozac for OCD, be sure to speak with your doctor first to discuss whether it is the right treatment option for you.

Side Effects Of Prozac

Most people tolerate Prozac well and experience few negative effects, although some individuals may notice minor symptoms. The most common side effects of Prozac include:

Prozac can also cause more serious side effects, such as:

If you experience any of these side effects, you should contact your doctor immediately. 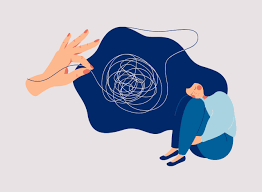 If you notice that your suicidal thoughts are getting worse, after starting Prozac, tell your doctor immediately. Because these thoughts might not be a consequence of your mental illness but rather a side-effect of medication. 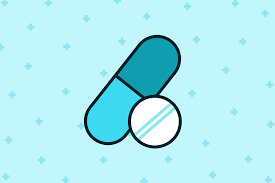 Prozac is available in capsule and liquid form. It is typically taken once daily, with or without food. The usual starting dose is 20 mg per day. Your doctor may increase your dose if necessary. The maximum recommended dose is 80 mg per day.

If you miss a dose of Prozac, you should take it as soon as possible. If it is almost time for your next dose, you can skip the missed dose and continue on your regular schedule. Do not take two doses of Prozac at the same time.

OCD treatment usually includes both medicine and specific types of therapy, such as cognitive behavioral therapy (CBT). When Prozac does not work for OCD, other medications may assist. Other alternatives that may help treat OCD include:

SSRIs (Selective Serotonin Reuptake Inhibitors) work by affecting the uptake of the neurotransmitter serotonin in the brain. When Prozac is ineffective in relieving symptoms of OCD other alternatives like Zoloft (sertraline) & Lexapro (escitalopram) can be used.

Serotonin Norepinephrine Reuptake Inhibitors (SNRIs) affect both serotonin and norepinephrine (noradrenaline). Common SNRIs effective in the treatment of OCD include:

TCAs also affect levels of serotonin and/or norepinephrine in the brain. The tricyclic antidepressant clomipramine (Anafranil) has shown to be helpful for OCD treatment.

Things To Know Before Starting Prozac

Prozac is not a cure for OCD and it may not be effective for everyone. However, it has been shown to be helpful for many people with OCD. If you are considering taking Prozac for OCD, talk to your doctor about what to expect and whether it is the right medication for you. There are a few things to consider before starting Prozac.

Prozac is said to be excreted in human milk by the FDA. As a result, the FDA does not recommend nursing patients take Prozac. It should only be taken during pregnancy if the potential benefits outweigh the known risks. The FDA has stated that selective serotonin reuptake inhibitors (SSRIs) and serotonin-norepinephrine reuptake inhibitors (SNRIs) can have detrimental consequences on late-term pregnancies and newborns, including extended hospitalization, respiratory issues and tube feeding.

Do not stop taking Prozac suddenly. Withdrawal symptoms of Prozac can include:

Abrupt withdrawal from any drug, particularly one that is habit-forming, can create more severe and numerous symptoms. Therefore, doctors advise patients to taper off Prozac gradually to minimize the severity and frequency of Prozac withdrawal symptoms.

Prozac in interaction with alcohol can produce side effects like:

This is why patients should avoid drinking alcohol while taking this medicine.

Prozac’s long half-life means that it takes a little longer for the drug to take effect. While patients may feel an improvement in their symptoms after starting Prozac, they will not notice the drug’s full effects until approximately four weeks later. To experience the full effect patients may need to wait up to 4 to 6 weeks.

Prozac is a prescription medicine used to treat OCD. It can take up to six weeks for the full effects to be felt and it is important to talk to a doctor before taking this medication. Prozac should not be taken during pregnancy or while breastfeeding. There are also some potential side effects associated with Prozac, so it is important to be aware of these before starting the medication. If you have any questions or concerns, be sure to talk to your doctor.

If you have any other questions regarding OCD treatment, medications, and therapy, you can reach out to Therapy Mantra. Our team of experienced and expert mental health professionals can provide you with tailor-made solutions for your problems. Contact us today to learn more about how we can help you or your loved ones. Visit our website to book an online therapy or you may also download our free OCD treatment app on Android or iOS for more information.