Do you find yourself playing video games for hours on end? Do you feel like you can’t stop, no matter how much you may want to? If so, you may be suffering from a new kind of gaming disorder: OCD in gamers. This condition is characterized by an obsessive need to play video games and an inability to control your behavior. If you think that you or someone you know may be affected by this condition, please read on for more information. 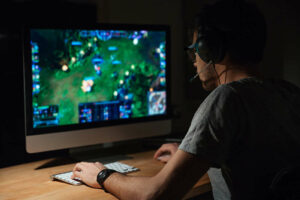 OCD gaming disorder is a new condition that is not yet recognized by the American Psychiatric Association. However, it is becoming increasingly common, especially among young people. This condition is characterized by an obsessive need to play video games and an inability to control your behavior. As we know that OCD is characterized by obsessions and compulsions, it is not surprising that this new disorder would be associated with gaming. It is different from other categories of OCD as it is not focused on a specific object or activity. Rather, it is the act of playing video games that becomes the obsession.

For some people with OCD gaming disorder, their compulsion may be to play a certain game for hours on end. Others may feel the need to collect every virtual item in a game or to achieve a high score. Some people may even spend real money on in-game items, even if they can’t afford it. No matter what the obsession is, people with OCD gaming disorder cannot control their behavior and often end up spending more time and energy on gaming than they would like.

The symptoms of OCD gaming disorder are similar to those of other types of OCD. People with this condition may:

Link Between The Two 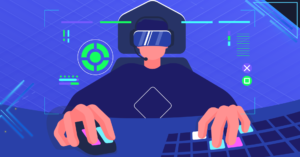 Does OCD Lead To Gaming Disorder?

Since the link is two-way, we will understand in detail how both the links exist in parallel.

Does Gaming Disorder Lead To OCD?

Now that we know the consequent relation between OCD to gaming disorder, we will also understand the reverse of it.

There is a thin line between gaming and having a disorder. It is essential to be on the lookout for the signs and symptoms of both conditions. If you or someone you know is displaying these symptoms, it is important to seek professional help.

It is no secret that two such disorders can have disastrous consequences. Gaming disorder and OCD can both be very debilitating conditions. If left untreated, they can lead to drastic and life-threatening consequences. Some of the consequences include: 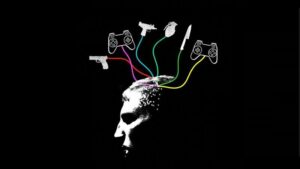 As you can see, the consequences of gaming disorder and OCD can be very serious. If you or someone you know is struggling with either of these disorders, it is important to seek professional help. There are many resources available to people who are struggling with mental health conditions. With timely and helpful treatment, it is possible to manage these disorders and live a happy and fulfilling life.

Fortunately, there are some things that can be done to help ease the symptoms of gaming disorder and OCD. This help can be through the assistance of a mental health professional, or by adopting self-help strategies. Either way, it is important to remember that help is available and these disorders can be managed. Seeking aid from a mental health professional is the first step to managing gaming disorder or OCD. A therapist can help you understand your condition and work with you to develop a treatment plan. This plan may include medications, therapy, or a combination of both. In extreme cases, hospitalization or rehabilitation may be necessary. Some of the most common interventions include:

It is important to work closely with a licensed and qualified mental health professional to develop a treatment plan that is right for you. Not all of these interventions will be necessary, and some may not work for you. It is important to find what works best for you and to stick with it.

There are also some things that you can do on your own to ease the symptoms of gaming disorder and OCD. Some self-help strategies that may be helpful include: 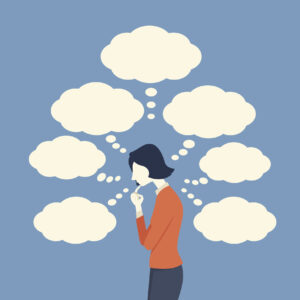 These tips are just a few examples of things that you can do to ease the symptoms of your disorder. It is important to find what works best for you and to stick with it. Remember, you are not alone in this. There are people who care about you and want to help you get better. Seek out their support and guidance when needed.

In conclusion, OCD gaming disorder is a real and serious condition that can be debilitating for those who suffer from it. However, with the right treatment, it is possible to manage the symptoms and live a happy and healthy life. If you or someone you know is struggling with OCD gaming disorder, don’t hesitate to reach out for help. There are people who care about you and want to see you get better.

Please note that this blog post is only for informational purposes and is not a substitute for professional treatment. If you are looking for OCD treatment, please contact Therapy Mantra. We have a team of highly qualified mental health professionals who can help you develop a treatment plan that is right for you. Our services are affordable and effective and available to people all across the world. Do visit our website to book a session or download our free OCD treatment app on Android or iOS for more information.