Do you need your morning cup of coffee to get going? Do you feel antsy and jittery if you don’t have caffeine throughout the day? If so, you’re not alone. Caffeine is a stimulant that many people rely on to help them get through the day. But did you know that caffeine can trigger OCD? In this blog post, we will discuss the link between caffeine and OCD, as well as ways to cope with a caffeine addiction. 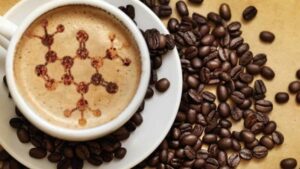 OCD is a mental health disorder that is characterized by obsessions and compulsions. Obsessions are intrusive, unwanted thoughts, images, or urges that cause distress. Compulsions are repetitive behaviors or mental acts that a person feels compelled to do to reduce the anxiety caused by the obsessions.

It is not known exactly what causes OCD, but it is believed to be a combination of genetic and environmental factors. Some research has shown that there may be a link between OCD and the neurotransmitter serotonin. Serotonin is a chemical in the brain that helps regulate mood, sleep, and appetite. The symptoms of OCD can vary from person to person. It includes Obsessions about symmetry and orderliness, Fear of contaminants and germs, Intrusive thoughts about harm or violence, and Excessive focus on religious or moral rules. People with OCD often have difficulty completing tasks because they are preoccupied with their obsessions.

Caffeine is a central nervous system stimulant that is commonly used to enhance the cognitive performance of the brain for an improved level of alertness and concentration. This is achieved by the suppression of a chemical called Adenosine. Caffeine is generally found in our day-to-day eatables. It is an addictive psychoactive drug. When we drink coffee, tea, or any other beverages containing caffeine it crosses the blood-brain barrier and interacts with many neurotransmitters. It has been observed that people suffering from OCD are more prone to get addicted to caffeine.

There are various reasons for this link between caffeine and OCD. Caffeine The major sources are coffee, tea, chocolates, and energy drinks.

Some of the potential consequences of untreated OCD include:

According to some studies, “OCD can be a very debilitating disorder” and “there are effective treatments available.” The Anxiety and Depression Association of America (ADAA) writes that “Cognitive-behavioral therapy (CBT) is the most effective treatment for OCD.” There is a significant link between caffeine and Obsessive Compulsive Disorder. Stimulants tend to increase the feeling of anxiety, irritability, and panic. These feelings trigger obsessions and compulsions. Since Caffeine is also a stimulant, it is responsible for worsening the disorder. Caffeine also causes sleep deprivation which is one of the triggers for OCD. A lack of sleep can increase the levels of anxiety and stress, which can lead to more intrusive thoughts and compulsions.

It is important to note that not everyone who suffers from OCD will react to caffeine. And, not everyone who consumes caffeine will develop OCD. However, if you suffer from OCD, it is best to avoid or limit your intake of caffeine. If you do consume caffeine, be sure to monitor your symptoms. Caffeine consumption can impact the efficiency of your OCD Treatment.

It counters the work of the medications prescribed to you by our healthcare professional. So if you are on Obsessive-Compulsive Disorder medications, it is advisable that you limit or better yet, avoid caffeine consumption. This will help improve your OCD condition.

There are different types of OCD medications and each work differently. Some of these medications may make you more sensitive to caffeine while others may not be as impacted. So you should talk to your health care professional about your caffeine consumption and OCD.

How Much Caffeine Is Considered Normal?

The normal intake of caffeine is up to 400 mg per day. This is the safe limit recommended by the World Health Organization. However, people with OCD may be particularly sensitive to the effects of caffeine and may experience problems at lower levels of intake.

According to some research, the caffeine limitation depends on different people (in the aspects of age, biological condition, and prevailing medical conditions). Children aged 4 to 6 years should not consume caffeine beyond 42 mg whereas children in the age group of 10-12 years can consume up to 62mg of caffeine.

Are There Any Side-effects? 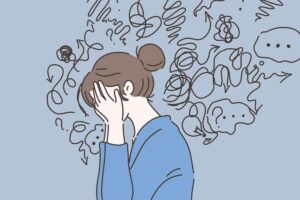 Consuming caffeine beyond the recommended limit can cause several side effects like:-

It is important to note that these side effects are also symptoms of OCD. So it can be difficult to distinguish between the two. If you are experiencing any of these side effects, it is best to consult with your health care professional. Therefore, it can be difficult to determine whether the symptoms are caused by caffeine or by the disorder itself.

If you think that your OCD is getting worse due to caffeine, it is important to talk to a mental health professional. They will be able to help you identify whether your symptoms are due to the disorder or caffeine sensitivity.

How To Control Caffeine Addiction?

If you are addicted to caffeine and want to quit, there are a few things you can do to make the process easier:-.

Making these changes can be difficult, but they will help you reduce your dependence on caffeine and improve your OCD symptoms.

How Can OCD Be Treated?

There are various ways in which OCD can be treated. Some of the common methods are:

This is a type of therapy that helps the person to change their thinking patterns and behaviors by identifying the triggers and the feelings. CBT emphasizes regular checking of the induced motions and how to keep them in check. It is a psycho-social interaction between the therapist and the patient.

This is a type of therapy that involves exposing the person to their fears and then teaching them how to prevent themselves from engaging in compulsions. It teaches the patient how to face their thoughts and control their impulsiveness, more together, it is a method that helps you respond to your compulsive thoughts more efficiently and responsibly which leads to a decreased frequency of your thoughts.

Medications such as antidepressants, anti-anxiety medication, and antipsychotics are used to treat OCD. These medications can help to reduce the symptoms of OCD. Only a psychiatrist can prescribe these medications. With the consumption of these medications, one needs to take precautions related to their diet. As mentioned above caffeine can counter the work of such medicines.

You should consume a healthy and balanced diet. This will help you in reducing anxiety and stress levels. You should include fruits and vegetables, protein, and whole grains in your diet. These are rich in vitamins and minerals and thus provide good nourishment to the body. Be sure to take care of yourself both mentally and physically. This includes eating a balanced diet, getting enough sleep, and exercising regularly.

Apart from this, you also need to avoid intoxicative substances such as drugs, tobacco, and alcohol consumption

Include these things in your diet to reduce the symptoms of OCD.

Caffeine worsens the symptoms of OCD. It is a stimulant and affects the levels of serotonin in the brain, which can aggravate anxiety. If you have OCD, it is important to avoid caffeine and other stimulants. There are many ways to control caffeine addiction.

There are many anecdotal reports of people with OCD who say that caffeine makes their symptoms worse. And there is some scientific evidence to support this claim. A study published in a journal found that people with OCD who consumed caffeine had more severe symptoms than those who didn’t consume caffeine.

There are many resources available to help you cope. Chronic OCD needs medical attention which comprises certain therapies, medications, and regulatory changes in your daily lifestyle. As discussed above caffeine can worsen the conditions of OCD as it is a stimulant that restricts the brain from a relaxing condition.

If you or your loved ones are suffering from OCD and need medical attention, you can reach out to Therapy Mantra. We provide the best healthcare services customized as per your requirements. You can book an affordable online therapy or download our free OCD treatment app on Android or iOS.